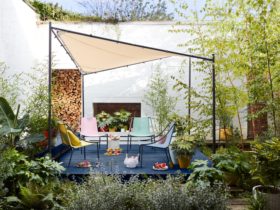 A new cycle and walking route in the north of Swansea is expected to be completed in the coming weeks.

The 1.4 kilometre shared use path stretching between Kingsbridge and Gowerton has been developed using Welsh Government Active Travel funding.

Swansea Council is putting the finishing touches to the route which will eventually include a link directly to the train station in Gowerton.

The latest off-road cycle and walking route is part of the Council’s overall plans to link up all communities across Swansea with dedicated cycle infrastructure, meaning residents all around Swansea will be no more than 500m away from a safe cycle route.

Mark Thomas, Cabinet Member for Environment Enhancement and Infrastructure Management, said: “This new link is the latest is a series of routes we have completed in the last twelve months.

“It provides a shared use path that not only provides a safe off road cycle link, it will offer a new walking route between the communities of Kingsbridge and Gowerton, which until now have been fairly isolated from each other because of busy main roads.

“A further link is also planned direct to Gowerton train station, offering commuters the chance to cycle and use public transport instead of using the car for travel.”

The Council is also in the process of starting a series of new Active Travel schemes following confirmation of more than £5million of funding from the Welsh Government.

The funding is being used to create nine kilometres of new cycle track in various parts of the city including a link along Mayals Road and Townhill Road.

Cllr Thomas added: “We’ve created more new cycle links in Swansea that in any other part of the country thanks to the continued Active Travel funding we have had from the Welsh Government. We are serious about increasing cycling as a mode of transport and reducing the need for cars in Swansea – and it’s clear the Welsh Government is supporting our level of intent year on year.”