A new outdoor seating area has been established at the Café and Visitor Centre in Neath’s Gnoll Estate Country Park thanks to a generous legacy left by former civil servant Mike Charles who grew up in the area around the popular park.

Mike – also known as “Charlie” – was a regular visitor to the country park having grown up at his family home in nearby Woodland Road.

He spent most of his working life as a civil servant, including a period in Swansea, and he worked in Bristol from 1984. He lived with his partner, Sue, in Bristol for many years until he passed away in 2017 aged 71.

his family and friends there, returning regularly throughout his life. He went to Alderman Davies Primary School and Neath Grammar School for Boys, after which he went to university.

“He continued to stay in the family home whenever

he visited, catching up with friends (including his old classmates from Neath Grammar School).  Mike was a supporter of Neath Rugby Club continuing to watch them at home on his visits as well as later supporting the Ospreys.

“The game was very important to him and later in his life he followed Wales on many of the national team’s summer tours abroad, loving the travel and the conviviality of these trips. Travel was one of his many interests.

“Neath retained a central place in Mike’s heart and he left legacies to the town. One of these made a substantial contribution to the new outdoor seating area at the Cafe and Visitor Centre in the Park.”

While the majority of the costs of the seating area came from Mike Charles’ legacy, Neath Port Talbot Council also contributed to the project and local councillors Cllr Alan Lockyer and Cllr Mark Protheroe put up several thousand pounds through community infrastructure funding.

A plaque installed at the seating area now reads: “Mike Charles (Charlie) loved and explored the Gnoll throughout his life.

His contribution to this outdoor area remains as part of his legacy to Neath,

The hometown of his youth.”

Cllr Annette Wingrave, Neath Port Talbot Council’s Cabinet Member for Regeneration and Sustainable Development, said: “We are extremely grateful for the generous legacies left to Neath by Mike Charles including the one which has led to this new seating area which I’m sure will be very well used and which will now enhance the park’s facilities for visitors.

“It will be a lovely reminder of a man who clearly never forgot Neath and who held the town close to his heart throughout his life.” 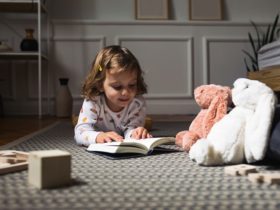