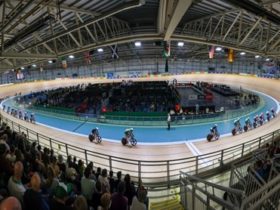 Newport City Council’s cabinet will discuss next year’s budget proposals at a meeting on Friday 8 January.

In 2021-22 the council will face a shortfall of around £5 million to fund the same level of services despite an increase in the Welsh Government draft settlement that will fund three-quarters of the council’s budget.

It is also estimated that savings totalling nearly £10 million will have to be found over the next three years. This comes on top of savings of £35 million over the previous five years through a series of measures including a significant reduction in staff.

Cabinet will be asked to agree which proposals should go out to public consultation including a recommended council tax increase of five per cent.

This is taking place later than usual, because central government’s comprehensive spending review did not conclude until the end of November which meant the Welsh Government’s draft settlement was delayed.

Residents, service users and stakeholders, such as the independent Fairness Commission, will have the opportunity to have their say on the budget proposals following Friday’s meeting.

Councillor Jane Mudd, Leader of Newport City Council, said: “The proposed increase in funding from Welsh Government is very welcome and ministers have kept their pledge to deliver a budget that focuses on schools, social care and local services.

“We have carefully assessed how this additional financial support can be used to benefit communities and the city.

“It should be noted that our budget is still less than it was more than a decade ago following years of national austerity measures and last year was extremely challenging. Covid-19 affected the delivery of our day-to-day services and increased the demand on some services as well as changing the way the council had to operate.

“This is against a background of rising demands for services, particularly in social care and education, that show no sign of diminishing as the city continues to grow and we will still have to find savings for some years to come.

“But we will also be investing in services and the city wherever possible. I am pleased that, once again, we plan to fully meet the requirements of our schools by funding their budget in full.

“Newport’s council tax rate has traditionally been among the lowest in Wales and if we raised it in line with the average in Wales, we could raise another £8 million towards our spending.

“However, we want to strike a balance to ensure we can deliver the services our residents require and keep the rise to a reasonable level and lower than last year. The proposed increase would cost the majority of households in Newport an extra 77p to £1.02 a week.

“The cabinet will finalise the budget proposals at our meeting on Friday before going out to ask the people of Newport for their views on what is important to them.”