New research released  by The Kennel Club, ahead of Diwali and Bonfire Night celebrations, shows an alarming 100 per cent increase in the number of dogs that go missing during fireworks season as well as highlighting that thousands of UK canine companions suffer from stress and worrying behavioural changes during fireworks displays.

The research from the dog welfare organisation shows that almost nine in ten (89 per cent) of owners in Wales notice significant changes in their dog’s behaviour during fireworks, with two in five (41 per cent) of owners saying their dog shivers and trembles and a third (33 per cent) mentioning unusual excessive barking. Nearly a quarter (24 per cent) say their dog becomes extra clingy, whilst another quarter (26 per cent) experience the opposite, with dogs hiding under various surfaces and avoiding contact.

During fireworks many dogs become upset and frightened, with London owners frequently reporting common signs of stress, such as pacing (28 per cent), howling and crying (39 per cent), excessive panting (31 per cent) or licking, chewing or drooling (13 per cent).

And it is not just concerning behavioural changes, as more than three quarters (76 per cent) of Welsh dog owners notice changes in their dog’s mood:

Bonfire night and Diwali celebrations, which can both be accompanied by bright and loud fireworks displays, can negatively impact the mood and behaviour of thousands of dogs, but they are also a source of stress for the owners.  Almost two thirds (65 per cent) of Welsh dog owners are more worried about their dog’s welfare during the fireworks season, than at any other time of the year, and almost a fifth (19 per cent)  also say their dog previously attempted – or successfully managed – to run  away  during firework displays, which can lead to tragic consequences. Data from Petlog, the UK’s largest microchip database, shows that the number of dogs going missing doubles during the week of fireworks celebrations.

Melanie from Berkshire, lost her Labradoodle Noodles when fireworks went off in the neighbouring village in 2019. “Noodles was in the garden when fireworks, which we did not know about and were not expecting, were set off in the neighbouring village and he got scared and bolted,” said Melanie. “We searched the area for days, and despite the help of neighbours and friends, social media and various organisations he’s never been found.

“The horrible feeling when your pet goes missing is gut wrenching, he was a part of our family and he brought so much joy and laughter to our whole family. Not knowing what’s happened to him makes it even harder.

“I would urge anyone thinking of hosting a fireworks display to at least let their neighbours know so they can be prepared, and  owners should make sure their dogs and other animals are safe ahead of time, bearing in mind that the sounds travel quite far. When they happen without warning it is impossible to prepare and they can have devastating consequences, like in Noodles’ case.”

Mark Beazley, chief executive of The Kennel Club said: “Fireworks displays, especially if they are unexpected, can have devastating and long-term effects, with dozens of dogs going missing every year and thousands more showing clear signs of fear and distress.

“This new research shows the wide-ranging negative impacts of fireworks on dog welfare and behaviour, with dogs trembling, hiding and crying, and leaving their owners rightfully worried about their four-legged friend’s welfare and safety.

“Each dog reacts differently and it is important that dog owners, especially those with young puppies, know what do to and how they can help their dogs get through the fireworks season safely, and for those involved in displays to be considerate to the nation’s pets.”

To help dogs get through the fireworks season as safely and comfortably as possible, The Kennel Club has rounded up some advice for the owners: 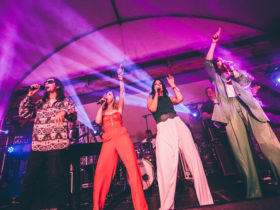