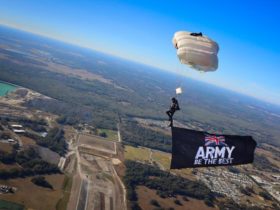 Cancer patients in Swansea are now being treated with high-tech new equipment which allows radiotherapy to be delivered with even greater accuracy.

The new linear accelerator – known as a Linac – along with a state-of-the-art treatment planning system has just been introduced at the radiotherapy department of the South West Wales Cancer Centre at Singleton Hospital and is being used for a growing number of patients every day.

Radiotherapy services manager Maureen Noonan said: “We are beginning by concentrating on patients with prostate cancer. We have been treating 14 patients a day and are building up our capacity as more staff are trained to use the equipment.

“The new treatment isn’t suitable for every case but where it can be used it will be very beneficial.”

The new Linac, which uses beams of radiation to destroy cancer cells, is one part of a series of improvements which have been introduced as part of a £4million rolling programme at the cancer centre.

Lead clinical scientist Dr Ryan Lewis, from the Medical Physics and Clinical Engineering Department, said the project has been years in the planning.

He said: “There has been a large amount of behind-the-scenes collaboration to reach this point.”

The Linac has a CT scanner attached to it so radiographers can image the patient at the same time as delivering the treatment to ensure they are in the correct position.

Ryan explained:“The treatment planning system (TPS) is a very big computer which can do many millions of calculations at the same time. This calculates where the radiation is going and accurately predicts how to deliver the radiation in the most efficient way.

“This new TPS and treatment machine means we can now deliver the latest treatment called Volumetric Arc Therapy and moving from our current methods to this is comparable with going from fax to email.”

During their cancer treatment patients will often have to undergo weeks of radiotherapy.

The first patient to receive treatment on the machine  was Vernon Evans of Neath who has been guided through his treatment by lead radiographer Nia O’Rourke.

He said: “I am very pleased to be having my treatment with the machinery. I’ve found it very quick.”

The radiotherapy unit’s four existing Linac machines generally treat a total of about 136 patients a day. The team’s long-term aim is to gradually update or replace them so they will be able to offer the same kind of high-tech treatment as the new device to more people.

Ryan said: “Each patient having radiotherapy gets a bespoke treatment plan, taking into account their size, shape, and so on, and this is designed to do as much damage as possible to the tumour while minimising damage to the surrounding healthy tissue.”

Treatment given with the new equipment means radiotherapy is delivered with a higher degree of accuracy.

Funding for the improvements was provided by the Welsh Government and ABMU along with ongoing support from the Golau Cancer Foundation, which supports the cancer centre’s work.

The room at the unit which houses the new Linac has also undergone a transformation.

It now has changeable ceiling art replicating a number of different visual scenes which are used to help provide a positive, calming atmosphere for patients.

It shows peaceful trees and blue sky (above) when the patient comes into the room but as the lights go down it becomes a twinkly starry night sky.

Maureen added:“This project has been a great example of collaboration – not just between radiotherapy and medical physics but also with ABMU’s capital planning team which has been closely involved in creating the right location for the machine.

“We have got off to a very successful start but we are taking our time as we all get used to the new equipment. It has got to be right for our patients, that is always our priority.”