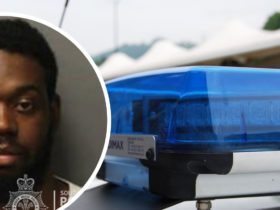 South Wales Police is appealing for witnesses to a single-vehicle road traffic collision which left a man seriously injured in hospital.

Officers were called to the scene of the collision on the A4229, near the roundabout with Porthcawl Road and the B4283, shortly after 10.45pm on Wednesday, December 23.

The collision involved a blue motorcycle, which is believed to have been carrying two people.

A 28-year-old man sustained serious injuries and remains in hospital in Cardiff.

A second man, believed to have been involved in the collision, left the scene prior to officers’ arrival.

Witnesses at the scene who provided first aid to the casualty are thanked for their assistance and cooperation with the investigation.

Officers from the Roads Policing Unit are now appealing for any witnesses who have not yet spoken to officers, or anyone with information about the collision, to come forward.

They’d also like to hear from anyone with any dash-cam, mobile phone or CCTV footage which could assist the investigation.