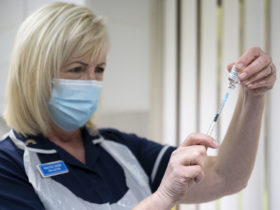 A police boss has called for the tripling of fines for people who break the coronavirus travel restrictions – ranging from £1,000 to £3,000 for repeat offenders.

The issue was brought into sharp focus by the confusion caused by the Prime Minister Boris Johnson’s unilateral easing of the lockdown in England which North Wales Police and Crime Commissioner Arfon Jones described as a “total shambles”.

According to Mr Jones, he and the other three Welsh Police and Crime Commissioners were among the first to call for travel restrictions to be put in place to “safeguard our communities”.

He has now issued a joint statement with Dafydd Llywelyn, his counterpart in Dyfed-Powys, saying there should be a 300 per cent hike in fines.

The statement said: “We’re now calling again on Welsh Government to increase the fine as a greater deterrent to those looking to make unnecessary journeys with in Wales.

“It is important that the police continue with the current approach of engaging, educating and encouraging people to comply with the law in Wales.

“But for those who do not listen, we need to continue to enforce the law so we’re calling for fines to start from £1,000 rising to £3,000 for repeat offenders.”

Mr Jones, a former police inspector, was particularly concerned after Boris Johnson created “utter confusion” after revealing that people in England would be allowed to travel outside their local area for exercise.

What Mr Johnson did not explain was that this only applied in England and that the travel restrictions remain in place in Wales.

The commissioner fears it could lead to an influx of visitors crossing the border into North Wales and heading for coastal areas or Snowdonia, totally oblivious of the fact they were breaking the law.

He believes the UK Government should also pay for an awareness campaign about the increase in fines to underline the message to people on the English side of the border that they should not venture into North Wales without a legitimate reason to do so.

Mr Jones said: “It was totally irresponsible of Boris Johnson to take such a cavalier attituded to people’s health and well-being.

“Keeping people safe is the first priority of the police which is why it is important for me to speak out on this vitally important matter.

“The message here in North Wales and indeed the rest of Wales is exactly the same since the lockdown was extended for a further three weeks. It is still essential travel only.

“Our officers in North Wales will still be stopping cars and fining people who do not have a good reason to be out and about on the roads.

“One of the main problems created by the Prime Minister’s  reckless approach is that it is going to be difficult to differentiate between people who live in North Wales and those who travel over the border.

“Travelling to Wales for leisure and exercise is still classified as non-essential travel and increasing the fines, in line with the increase in England,  would be good way of driving this message home.

“We made our feelings known during a conference call with Deputy Minister Jane Hutt, who is also the Chief Whip, and we hope the Welsh Government will implement this measure.”

Dafydd Llywelyn added: “Dyfed Powys have been very proactive in targeting unnecessary travel with over a 1,000 tickets issued, half of which given to people resident outside the force area.

“As the Commissioner, I will ensure that this activity will continue to protect our communities, fundamentally it’s about reducing the spread of the virus not stopping people having picnics on beaches.” 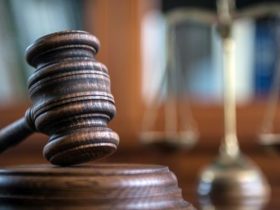 You can now get walk-in vaccinations and boosters in Cardiff