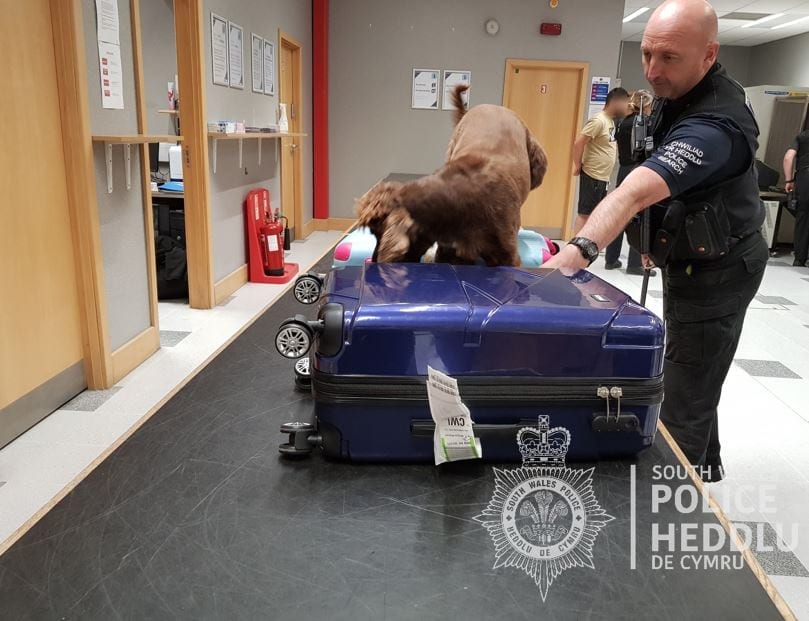 The latest week of action aiming to tackle county lines criminality has been a success for police forces across southern Wales with more than 30 arrests and four County Lines taken down.

Tarian, the Regional Organised Crime Unit for southern Wales, worked with partners including South Wales, Dyfed Powys and Gwent Police as well as British Transport Police to take extensive action against suspected county lines activity in southern Wales. The aim of the week was to ensure that all possible opportunities to disrupt criminals and safeguard vulnerable people were maximised.

Results throughout the week include:

“I’m really pleased with the results of this intensification week, but the work doesn’t end here. We will continue to work with the police forces in southern Wales and our partners to make our regions safer from the fight against organised crime, the supply of Class A drugs, and the threat of serious violence.

“The commitment of our teams to tackle this kind of organised criminality is absolutely critical in bringing those responsible to justice and protecting our communities. I’d like to thank our partners for the work they do alongside us. A multi-agency approach allows us to be as wide-ranging as possible in bringing county lines perpetrators to justice.

“At South Wales Police and with Tarian, we will always be relentless in our efforts to target these gangs and make our region hostile for them. We will pursue them to all corners of Britain to bring them to justice.”