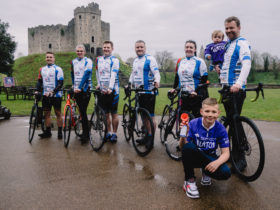 Following a stabbing and a number of incidents believed linked to it, South Wales Police has issued a Section 60 Notice which gives officers the authority to stop and search anyone in the Tremorfa area.

The Section 60 Notice will take effect from 11am today (Sunday, March 22) and will last for a period of 24 hours.

This decision has been taken following an assault in Muirton Road, Splott, at approximately 4pm yesterday (Saturday, March 21), in which a 20-year-old man suffered serious stab wounds which, while serious, are no longer believed to be life-threatening.

While there is not believed to be any direct threat to the wider public at this time, following an escalation in tensions, which has resulted in serious criminal damage and the arrests of four men for drug offences, officers have implemented the measure.

Anyone with any information with regard to the stabbing is asked to contact us on 101, quoting reference 2000099464, or anonymously via Crimestoppers on 08090 555111. Alternatively, you can direct message us via social media channels.