Organised by the Swansea in Bloom group (SIB), the competition was open to all primary schools and special needs units throughout the City and County.

The ceremony, officiated by well known Evening Post columnist and Swansea Sounds presenter, Kevin Johns, was held at the Swansea Scout and Guide headquarters in Brynmill.

Opening the ceremony, SIB Chairman Paul Chillington welcomed the guests and explained how until two years ago the event had been a join enterprise between the Group and Swansea Council, which had provided administrative and financial support.

However, due to financial constraints, this support had been withdrawn in 2017, and there had been no competition in 2018.

Now the Group had reformed, and was managing the event on its own.

He explained the 10 schools which entered this year had been divided into Swansea North, Swansea South and Special Needs.

Master of Ceremonies, Kevin Johns, explained how important the SIB annual gardening competition had been to the City over the years.

“The competition has always been a massive event in Swansea, and it really meant something to win an award,” he said. “And many winners went on to represent the City in Wales in Bloom and Britain in Bloom competitions.” 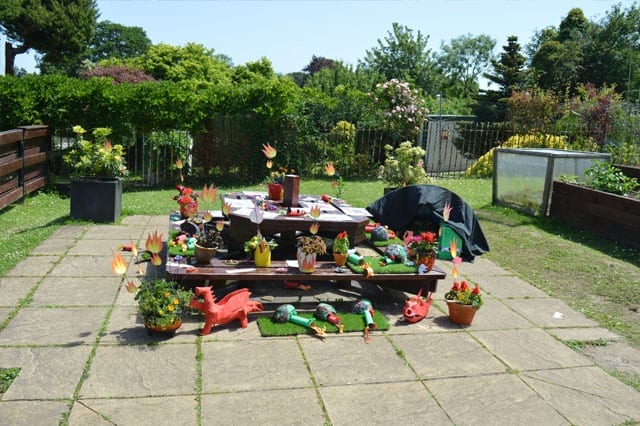 After presenting the awards he congratulated all the schools on having entered, and said they had made a real difference to their schools and to the community.