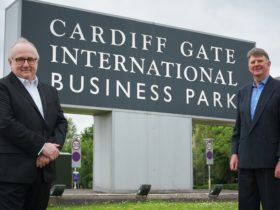 More than 3000 members of the public have had their say on Cardiff’s 10-year strategy to boost the number of children and young people learning through the medium of Welsh.

Those that responded were largely in support of the principles and vision of Cardiff’s Welsh in Education Strategic Plan (WESP) 2022-2032 which has been designed to help Welsh Government realise its target of having one million Welsh speakers in Wales by 2050. The Council’s Cabinet will consider a report informing them of the responses when it next meets on Thursday 18, February 2022.

Recommendations will be made tosubmitthe strategy for Welsh Government approval.

Cabinet Member for Education, Employment and Skills, Cllr  Merry said: “I am pleased that so many people engaged with the consultation and it is encouraging to hear that the majority ofresponses received are in support of the principles andvision outlined in the strategy. Many views recogniseCardiff’s positive and ambitious plan todevelop a bilingual Cardiff where the Welsh language is a vibrant living language.

“By increasing Welsh medium education provision sustainably towards the targets set out in Cymraeg 2050, reflects our ambition that every young person has the opportunity to hear, speak and enjoy Welsh. It is hoped that this will allow young people to fully embrace the language as part of our national fabric and recognise its place at the heart of Cardiff, Wales’s capital city.”

The strategy, which will run from 2022-2032, includes a number of interventions to boost the language, including:

Cllr Merry, added: “Our renewed vision for education and learning in Cardiff makes a clear and unequivocal commitment to provide more Welsh-medium school places and we have already taken great strides forward in this area opening new Welsh medium schools across the city and making more pupil places available in existing schools.

“There’s little doubt people are becoming more aware of the benefits of a bilingual education, and we are committed to ensure each and every family has the knowledge to make a fully informed decision and feel confident to choose Welsh-medium for their children. Our Welsh Immersion Unit has a proven track record for helping families moving into Cardiff or choosing to move from English-medium to Welsh-medium education partway through their child’s education journey, but we need tocontinue to work on promoting support which is available for parents whose children are learning through Welsh.

“Finally,we must remain mindful of the needs of all of our current schools as we increase Welsh medium provision. By increasing provision in a strategic way, taking account of current population and birth rate projections – which are predicting an initial fall in pupil numbers up to 2024 – we are looking to ensure that all our schools are on a strong financial footing.”

In recent years Cardiff Council has built and opened three new Welsh medium schools and increased capacity in many of its established schools.  In the context of reduced intakes to primary education, the Council’s existing school-provision projections indicate that these places combined with extra provision already planned, will provide a relatively high level of surplus places in Welsh-medium primary schools city-wide to support sustainable growth in the early stages of the ten-year plan.

Achieving the WESP targets of pupils taught in Welsh-medium schools increasing from 18% in 2021 to 25-29% in 2032 will require increased numbers of Welsh-medium places across Cardiff.  As schools respond positively to the new Curriculum for Wales and respond to the greater desire to speak Welsh, we are confident that English-medium schools will also be keen to build on their growing language skills with schools moving to deliver ever increasing amounts of Welsh taught building the confidence of their pupils to speak and enjoy Welsh in their daily lives.

Cllr Merry said: “Bearing in mind population projections and the likely fall in numbers of pupils entering schools over the next few years we need to think strategically about how we get the best possible use out of all the places which are currently available across the city and the extra places we have planned to come online soon. We have seen positive growth in take up of our Welsh-medium provision over the last 10 years, but we now need to look at innovative ways of encouraging more parents to look at education through Welsh as the best option for their children to become and enjoy the benefits of becoming bilingual in Wales.

“Despite the current population projections, we do haveexpansion plans in place for an increase in the number of Welsh-medium places in primary sector, which will further facilitate an increase of reception age children receiving their education through the medium of Welsh. During the period of this plan, a new school will also open to serve the Plasdŵr housing development. This will be a new model of school for Cardiff, which is derived from successful schools in the Basque Country which helped to grow language take up significantly. This two-form entry school will see one class taught through Welsh with the other class set up as a dual-language (Welsh and English) class. It is hoped that this school will act as an example of good practice which can support other schools to move along the language continuum to eventually provide greater amounts of learning through the medium of Welsh.”

To support the planning process, the Welsh Government guidance requests that WESPs are arranged around seven outcomes which reflect a learner’s education journey and are consistent with the policy areas of Cymraeg 2050 and Education in Wales: Our National mission. The outcomes are:

Developments in Welsh Medium provision in Cardiff since 2012: