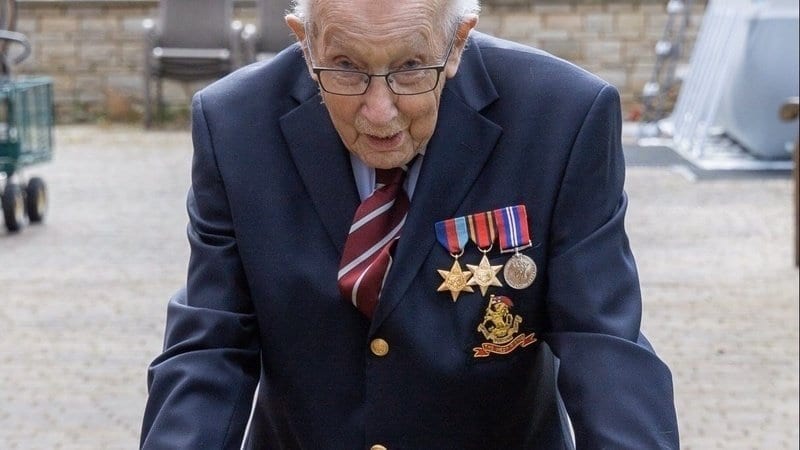 Petition goes viral for Captain Tom Moore to be knighted

The number of older people in Wales providing unpaid support to family and friends more than doubled during the pandemic, finds a series of Age Cymru surveys undertaken in 2020, 2021 and 2022 and released by the charity’s Carers Project.

Half of the carers cited loneliness and/or isolation as one of the challenging experiences for them in the last 3 months.

Age Cymru’s chief executive Victoria Lloyd says: “Unpaid carers suffered terribly during the pandemic as they were forced to undertake new caring roles or increase their existing responsibilities when statutory services and support were not available.

“This meant that many unpaid carers picked up the pieces with little support or advice and in many cases, without any respite services.  Too often carers became exhausted and ill themselves as they struggled to cope.

“It is therefore crucial that we encourage as many older people as possible who are looking after someone to recognise themselves as carers and seek the support they need and deserve from both the public and charity sectors. Social care teams must incorporate the needs of the primary carer when they put in place care packages so they can continue to provide vital care to their loved ones.”

Ms Steadman based in rural Wales, talks about the recent challenges of caring, loneliness and isolation, and access to respite care

“In some ways, my caring role has become a little easier now I have sold my house and moved in with my Mum. I now only have one house to maintain and have more time with Mum. However, this has had a massive impact on me and my relationships.  My partner lives nearly two hours away and we can only see each other once every two to three weeks if I’m very organised. We both find it incredibly hard being separated as we are at the point in our relationship where we would be thinking of living together, yet we are forced apart.

“People are in and out of the house all day to look after Mum, so I feel I have no privacy at all. I can hear them wherever I am in the house, and they frequently need to ask questions when I am working, resting or in an online meeting. I feel as though my life, hopes and dreams are all on hold. Every day is the same and I don’t feel as though I matter.

“I haven’t seen some of my friends since 2019, one of whom has just nursed her father through a brain tumour resulting in his death last week. I feel as though I haven’t been there for her, detached, disconnected and totally alone and although I am getting to know people here, they are not my close friends of more than 20 years.

“I’ve not been offered any respite and don’t know how to access it and now I almost doesn’t want time away because I wouldn’t know what to do with it.”

Ms Steadman would have loved for someone to tell her what she was supposed to do from the offset as she was thrown into the role when her mum came home from the hospital and thinks a ‘welcome to your new role’ pack should be created.

If you’d like more information about Age Cymru’s Carers Project, contact them on 029 2043 1538 or email [email protected].