A number of changes to electoral boundary arrangements in Cardiff will take place over the coming months, following a decision announced today by the Welsh Government Minister for Finance and Local Government.

The changes seek to ensure that the ratio of local government electors to the number of councillors in a ward is, as nearly as may be, the same in each ward in the city.

Following recommendations earlier this year by the Local Democracy Boundary Commission for Wales to make amendments to current arrangements in the city, Minister Rebecca Evans MS has decided to implement the recommendations with modifications.

The changes will see the number of elected members in the city increase from the current figure of 75 to 79, while the number of electoral wards will decrease from 29 to 28. The current ward of Creigiau/ St Fagans will be included in a new ward – Pentyrch and St Fagans while the Thornhill area, previously included in Llanishen ward, will now become part of the new ward of Lisvane and Thornhill.

Some wards in the city will have an increase in the number of members serving the ward, while others see a decrease.  In 19 wards there will be no changes.

The areas where reform won’t be taking place following recommendations:

The recommendation to combine the communities of Llanrumney and Old St Mellons to form a new ward represented by three councillors was not agreed.

The existing arrangements will be retained:

These changes will be reflected in the revised publication of the register of electors on December 1, 2021 and will be in force for the Local Government Elections scheduled on May 5, 2022. 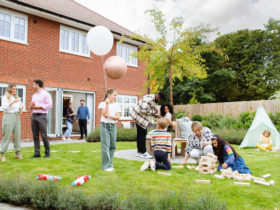