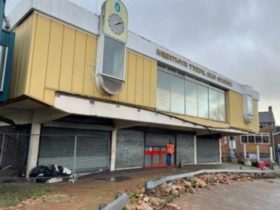 Visitors to Cardiff’s Roath Park are being kept up to date with what’s going on at the popular amenity thanks to a £4,000 grant from Tesco’s Bags of Help Scheme

The Friends of Roath Park group, which has been supporting the park since 2011, has used funding from the supermarket scheme to put up community noticeboards around the park to help keep local residents and visitors informed about what’s on.

The funding has enabled the friends to provide more promotional space for local voluntary group initiatives, including assisting in the conservatory, litter cleaning and supporting with the upkeep of the park.

Ruth Evans, Chair of Friends of Roath Park, said: “The new noticeboards have really given a new lease of life to the appearance and community spirit of the park.

“With Roath Park being a very well-known and much-loved park in the local area, it was important that we keep improving the park’s amenities and protect it in the long term, so people will keep returning and making the most out of the facilities in years to come.”

Tesco teamed up with charity Groundwork to launch its Bags of Help funding initiative, which sees grants raised from carrier bag sales being awarded to thousands of local community projects every year.

Rhodri Evans, Tesco’s communications manager for Wales, said: “The funding for Roath Park is a great example of how Bags of Help can bring communities together and make a positive difference to the local environment. We know how popular the park is with the residents of Cardiff, so it’s no surprise the project was chosen by shoppers in the city for a £4,000 grant.

“We’re really looking forward to supporting even more great projects in Cardiff in future. To date we have already supported more than 80 projects across the city, providing grants totalling more than £265,000.”

Customers are able to vote for a Bags of Help project in store using a blue token given to them at the check-out. At the end of voting period, votes are collected and three groups in each of Tesco’s regions will be awarded funding.