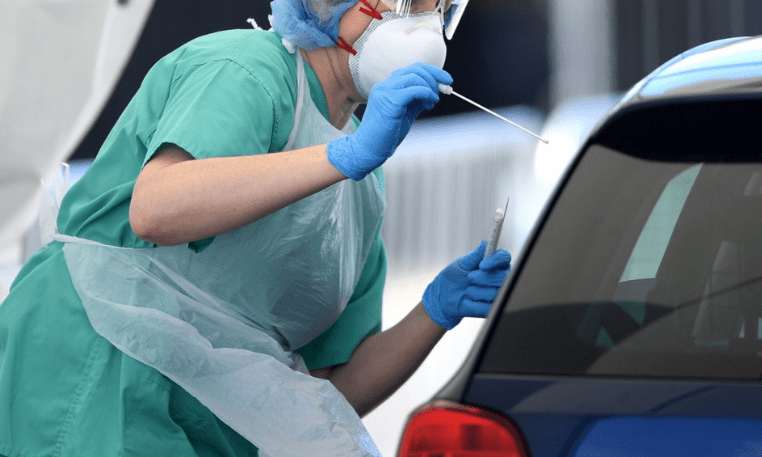 RSPCA national centres and branches in Wales found new homes for – on average – more than one rescue dog every single day in 2018, as the animal welfare charity launches Adoptober to find even more second chance of happiness for man’s best friend.

Almost 400 dogs were rehomed in 2018, with more than 2,000 animals in total rehomed by the RSPCA in Wales in 2018, including from animal centres and by the charity’s network of independent branches across the country.

The RSPCA inspectorate in Wales also rescued 601 dogs* in Wales in 2018 following calls made to the animal welfare charity via its cruelty and advice. The most dogs rescued and collected were from Swansea – 63 (please see below for local authority breakdown).

Now the RSPCA has launched an urgent appeal, looking to find more homes for dogs in their care – including from animal centres at Newport and Upper Colwyn Bay, from the Llys Nini Branch’s animal centre in Penllergaer.

Across England and Wales, the RSPCA found homes for nearly 7,700 dogs last year – and Staffordshire Bull Terrier-type dogs remain the most rescued type.

“Rehoming happens day in day out – but we have launched Adoptober to shine the light on the countless rescue dogs who remain in our care and want to join those who have already found that second chance of happiness.

“Our rescue centres and branches found so many new homes for dogs across Wales last year – but we want to do more.

“Staffies remain one of the most common dogs seen at our centres – but these amazing dogs can make the most wonderful companion, and we’d urge anyone considering adding a dog to their family to adopt and not shop this October, and check out the stunning rescue dogs currently in the care of RSPCA animal centres or branches.”

Dogs currently seeking a second chance of forever home happiness include eight-year-old Staffordshire Bull Terrier Frankie – who has been waiting for the right home for quite some time now at RSPCA Newport Animal Centre. He is a lovely gentle-natured boy, who melts the hearts of everyone he meets.

Staff at RSPCA Bryn-Y-Maen Animal Centre are looking for a home for the beautiful Pippa. Pippa, a five-year-old Staffordshire Bull Terrier, is full of so much love and is just looking for an owner to give her the same in return. As soon as she spots someone or if you start talking to her, her tail goes into overdrive!!

Staff at RSPCA Llys Nini Animal Centre are looking for a home for a number of dogs – including the wonderful veteran Staffie / Beagle cross Stanley, who really enjoys a fuss. He is a little deaf and short sighted – but that certainly doesn’t stop him as he is very fond of his walks and keeps up with all the neighbourhood news via his keen sense of smell.

As part of the RSPCA’s special rehoming drive Adoptober, new figures have also been released showing that while pure-breed and crossbreed Staffies, lurchers, Jack Russell terriers and German shepherds are still the most common dog to come into its care, more trendy ‘handbag’ breeds and fashionable crossbreeds are also ending up in the charity’s 17 national animal centres across England and Wales.

The charity is also seeing more crossbreeds and breeds used for popular crosses – such as cocker spaniels and poodles – arriving in its centres as inspectors shut down puppy farms and collect abandoned dogs and puppies.

RSPCA dog welfare expert Lisa Hens said: “Although Staffies, lurchers, Jack Russell terriers and German shepherds are still the most common dogs coming into our centres, we are seeing a general decrease in their numbers while seeing an increase in the number of fashionable crossbreeds and so-called designer dogs like Dachshunds and French bulldogs arriving in our care.

“We know that the animals coming into our care tend to reflect general dog ownership trends and there’s been a huge surge in recent years in people buying ‘designer dogs’ and crossbreeds such as cavachons, puggles and cockerpoos.

“As part of our rehoming drive this October – Adoptober – we want to shine a light on all of the dogs in our care and encourage people to adopt a rescue dog instead of buying a puppy. All the animals in our care have a lot of love to give and we have a huge variety of dogs in our kennels waiting for homes, of all ages, shapes, sizes and breeds.”

To offer an RSPCA rescue dog a new home please visit the RSPCA’s website to find your paw-fect match. The animal welfare charity rescues dogs from the worst abuse and neglect and, by giving them a home, you are giving them a second chance at life.

Adopting a dog from the RSPCA means they are neutered and vaccinated and they could also receive four weeks’ free RSPCA pet insurance. If you decide to take out full cover after that, you will also be supporting other rescue pets as 15% of the cost goes towards helping animals in need. 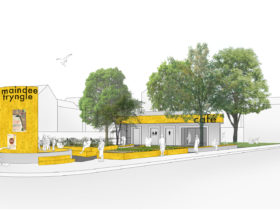 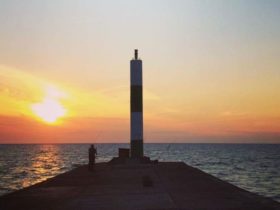 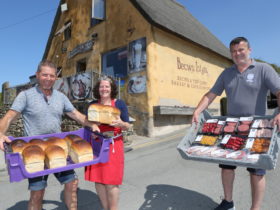 New butchery service on the block for Gwynedd village 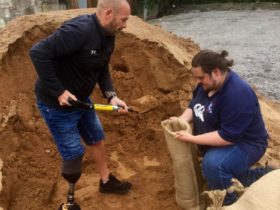 Welsh Veterans get some Green Headspace at Cardiff allotments