Blind and partially sighted voters must be able to cast their ballot papers in secret, says a campaigner for a leading sight loss charity as it launches its manifesto for the General Election on December 12th.

Dan Thomas, 32, from Cardiff, says that existing voting arrangements do not consider the many diverse needs of blind and partially sighted people across Wales. Dan has been blind since birth and works with RNIB Cymru as a volunteer and campaigner.

The two voting aids currently available to blind and partially sighted people, a large-print ballot paper or a tactile voting device, a plastic template that fits over the ballot paper, can still mean people need a sighted person to guide them where to put their cross. Eighty per cent of people surveyed by RNIB who used a tactile voting device said that they voted with another person.

Currently, there are around 111,000 people living in Wales with a significant degree of sight loss, and two million across the UK.

Dan and RNIB Cymru are urging elected Welsh MPs to add their voice to calls for a review of election procedures. While Welsh-only elections are now the responsibility of the National Assembly, powers over UK-wide elections and referendums remain reserved to Westminster MPs.

Dan said: “Not being able to vote privately is so frustrating. Having voted since 2010 I am basically resigned to it now. I rely on my mother or the kindness of a stranger to exercise my democratic right. I have to tell them who I am voting for and trust that they are putting a cross in the right box.

“So many people in Wales struggle to vote independently and this needs to change. The voting process should be accessible to everybody, from being able to read party manifestos to voting on the day. I am simply asking for the same rights as everybody else.”

RNIB Cymru director Ansley Workman said: “Last May, the High Court of Justice ruled that present provisions for voters with sight loss were “a parody of the election process” because they fail to allow them to vote independently and in secret.

“It’s simply not acceptable that people can leave their polling station unsure whether they’ve correctly voted for the candidate of their choice or feel obliged to ask someone else for help. We want the next Parliament to urgently explore alternatives such as secure digital options.”

In its manifesto, the charity is urging Welsh MPs to champion the following:

“We would also urge all the major political parties to ask if their manifestos are available in accessible versions such as audio, braille or large print,” said Ms Workman. 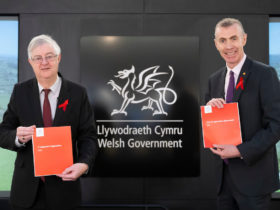 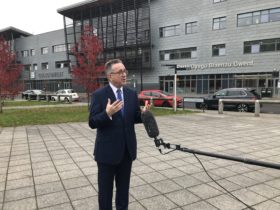