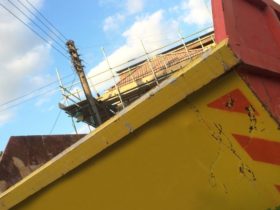 South Wales Police is appealing for witnesses following a serious road traffic collision that occurred shortly after midnight on Tuesday 30th April 2019 at A48 Brocastle from Pentre Meyrick Cross towards Bridgend.

A grey VW Polo vehicle left the carriageway and collided with undergrowth. The 26 year old male driver of the VW was conveyed to Princess of Wales hospital in Bridgend where he is undergoing treatment for serious injuries.

A 20 year old female passenger in the vehicle was also conveyed to Princess of Wales Hospital and is being treated for non-life threatening injuries.

The carriageway was closed for approximately five hours while police carried out initial investigations and recovered the vehicle. South Wales Police thank the people affected by the closure for their patience and understanding.