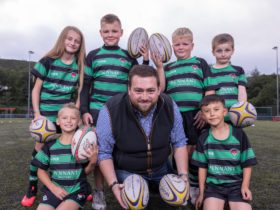 Cardiff’s leading bike share scheme is adding six new stations this week to keep up with demand from eager users, as it reveals that customers have clocked up enough miles to cycle around the world more than 10 times.

nextbike, which celebrates its first anniversary in the capital this May, currently has 50 stations and 500 bikes across the city.

The six new docking stations will be installed at locations in Splott, Butetown, Grangetown and Rumney as well as outside Ninian Park Station.

And thanks to the scheme’s success in Cardiff, a larger expansion planned later this year will see numbers increase to 1,000 bikes and 100 stations in total.

Cardiffian nextbikers have clocked up an incredible 411,665km since the scheme launched just 10 months ago – which is equivalent to cycling around the Earth just over 10 times.

“The demand for bike share in Cardiff has been phenomenal since we officially launched in May last year. The community has completely embraced the scheme and it’s largely thanks to public demand that the scheme has grown so quickly,” she said.

“Cardiff Council, the Welsh Government, Cardiff University and a number of other stakeholders have also shown fantastic commitment to enable Cardiff to realise its ambition to become one of the best cycling cities in the UK.”

Cllr Caro Wild, Cabinet Member for Strategic Planning and Transport said: “The scheme continues to be an ongoing success and we have worked hard with all our partners to ensure that the number of bikes and docking stations continue to increase.

“The scheme is now expanding to outer city areas which should encourage even more people to cycle into and around the city.”

The Cardiff scheme has been nextbike’s most successful UK launch since it began operations in the UK in 2014. Backed by Cardiff Council and financially supported by the Welsh Government, nextbikes were introduced to reduce congestion, free up parking spaces and to provide a healthier way to travel around the city.