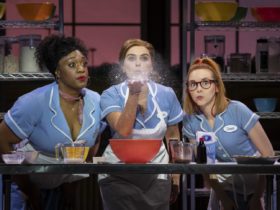 Five men and a woman have been arrested in connection with the kidnap of a 20-year-old man from Cardiff.

The victim, who has no serious injuries, has been safeguarded by police and enquiries are continuing.

We are appealing for witnesses to any suspicious activity in the Clifton Street area of Roath and Odet Court in Pendwyallt Road, Whitchurch, during the evening of Friday, December 11.

Detectives are working with colleagues from Hertfordshire Police, the Metropolitan Police Service and National Crime Agency.
As part of the joint investigation, a number of addresses, including a flat in Odet Court, are being examined.

Detective Chief Inspector Mark O’Shea from South Wales Police Major Crime Investigation Team, said: “ We would like to thank members of the community who have so far assisted our investigation and appeal for anyone with information to come forward.

“We are keen to speak to anyone who noticed suspicious activity in either Odet Court or Clifton Street from around 7.30pm last Friday.

“We are particularly interested in the movements of an ‘Addison Lee’ courier company Volkswagen Transporter, a silver Audi Q5 and dark coloured BMW Series 3 at either of these locations.”

All six suspects were arrested on suspicion of kidnap and brought back to Cardiff for questioning.

The woman, aged 21, has been released under investigation.

Anyone with information is asked to contact us via social media direct message, by calling 101 or Crimestoppers anonymously on 0800 555 111 quoting occurrence *450215.