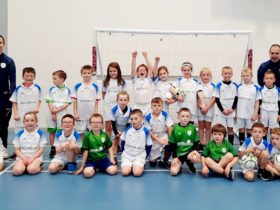 Coursematch – a social network designed to help young people research, compare, and discuss their university and career options – has secured £275,000 in its second funding round, including investment from the founder of Shazam, creators of the definitive song identification app.

The funding round was led by the Development Bank of Wales, following an introduction to the company through Colin Batten of Innovation Point, the digital innovation company behind accelerators like the Digital Dozen and IoTA (Internet of Things Accelerator) Wales. Coursematch also secured investment from seven angel investors including Dhiraj Mukherjee, founder of Shazam.

Innovation Point was also critical in persuading Coursematch to open an office in Wales. The company have moved into Tramshed Tech in Cardiff.

Using the popular ‘swipe-left/swipe-right’ interface, the Coursematch app was launched in 2016 after its founders spotted a gap in the market for a platform for young people considering their next steps in life.  Users create a profile based on their A-level subjects, predicted grades, and extra-curricular interests.  Once signed up, they are instantly matched with a wide variety of relevant degree courses from providers across the UK.

Chris Worsey, 34, Edtech entrepreneur and former parliamentary candidate, and Joe Perkins, 24, a computer science graduate, had similar difficulties choosing their educational paths and accessing career advice in their late teens.  It was during a conversation about that frustration that the pair had the initial idea for the app that later became Coursematch.

Worsey said: “I first looked at university courses in 2001. There wasn’t a platform that allowed me to consider multiple university courses in one place, access the information on course providers I needed, or even talk to other students outside of my social circle (this was pre-Facebook).  Almost two decades later, nothing has changed.

“There are more than 50,000 different undergraduate courses provided by almost 400 institutions in the UK.  In our initial market research, we found that students consider just seven courses on average before applying to universities, predominantly informed by the opinions of friends and family.  It would take most people longer to decide on the right pair of jeans, and yet this is a decision that could cost upwards of £27,000 and change a young person’s life forever.”

Perkins commented: “It’s astounding to think that these important life decisions are being made based on such a lack of information. Coursematch has provided the solution to that problem, enabling prospective students to flick through a broad range of courses and universities at the flick of a finger. Our users now consider an average of 220 courses and institutions before making their final decisions.

“When we started looking at plans for expansion, Colin and Innovation Point pointed to Cardiff as the top city for tech talent.  Leading universities are here and ready to do business.  There’s an emerging digital industry here, and we’re excited to play a part in that.”

Over 14,000 people have downloaded Coursematch to date, and the platform has 5,000 regularly active users.

Shazam founder Dhiraj Mukherjee said: “My focus is helping start-ups which create a positive impact on society, and I am fully supportive of Coursematch’s mission to help young people make better education and career choices.”

The company founders’ aim is to have 30,000 active users. They plan to use the investment to further develop the app, add new features, and establish key commercial partnerships with private companies and universities.

Colin Batten, head of partnerships at Innovation Point said: “Let’s not allow ‘innovation’ to become a cliché.  Chris and Joe spotted a problem, designed a unique digital solution, and generated an impressive investment.  That’s innovation – signed, sealed, delivered.  They will have no trouble exploiting this market from a bustling tech hub in Cardiff.

“We’ve already held talks with universities here that are keen to pilot the product.  For Coursematch, the story has just started.  We’re ready to help shape it.”

Innovation Point has played a part in the success stories of multiple start-ups in Wales throughout its accelerator programmes and Digital Festival.  Companies to prosper from the Digital Dozen programme include Disberse, the fund management platform insuring aid donations reach their intended recipients with maximum impact, and Properr, the tech company simplifying the home buying process.

Coursematch is available for download on the App Store and Google Play.

For more information on Innovation Point and its work, visit: https://www.innovationpoint.uk/