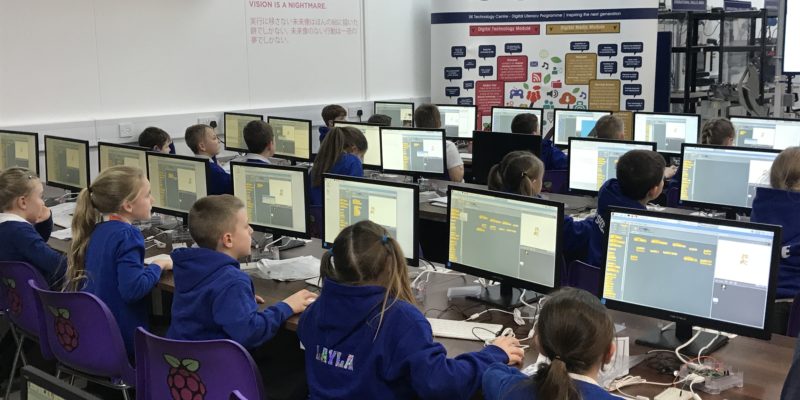 Computer learning is a central part of the educational services offered by Sony UK TEC Pencoed, with over 13,000 Welsh students taking part in their coding workshops since 2017.

The Pencoed-based manufacturing facility acknowledged the importance of providing Welsh Students with access to computer learning following the success of its Digital Competency Programme, and so launched its specialist ‘Learn 2 Code’ Workshops three years ago.

The tailored one-day workshops, led by a qualified coding instructor, encourages children to use their creativity across a variety of digital platforms in a bid to boost STEM learning.

The workshops have even been extended to Sony UK TEC team players as part of a team building and knowledge building exercise in the past.

This year, the manufacturing giant were unable to deliver workshops face-to-face as a result of the pandemic, but work has continued behind the scenes to prepare the facility for the return of these workshops and further knowledge-sharing activities with schools that will be implemented in the coming months.

Tondu Primary School teacher and Raspberry Pi Certified Educator, Steve Lewis, talks about the importance of delivering computer learning to students and provides some tips and tricks to help teach coding in the current environment –

What exactly is coding?

Coding is simply writing a script telling the computer what you want it to do using a language that the computer understands.

Why is coding important?

At school age, learning to code is incredibly important. The skills developed are not just limited to learning the language of the computer. Like learning any language, learning to code develops children’s verbal and written skills. It fosters creativity, logical thinking and problem solving. Anyone who has attempted to code will understand that it rarely works first time and requires a lot of resilience and perseverance, qualities that are essential for anyone to be successful.

How does coding work?

When you run a command like print ‘Hello, world!’, which is one of the first commands you learn, a computer doesn’t actually understand the phrase ‘Hello world!’ and doesn’t know how to display it on screen. It only understands on and off. So, to actually run a command like print ‘Hello, world!’ it has to translate all the code in a program into a series of ons and offs that it can understand.

To do that, a number of things must happen. The coding language first must translate its source code into assembly language, a low-level language that uses words and numbers to represent binary patterns (on and off or 0 and 1). Depending on the language, this may be done with an interpreter, where the program is translated line-by-line, or with a compiler, where the program is translated as a whole.

The coding language then sends off the assembly code to the computer’s assembler, which converts it into the machine language that the computer can understand and execute directly as binary code.

What jobs use coding and how?

Anywhere where a computer is used coding or programming is important. From developing software and websites to systems and analysis. In any industry where processes can be automated, coding can make it possible.

What’s the first thing you teach children about coding?

At a very early age we teach children to develop their computational thinking. This can be to solve problems, sequence events and give instructions. When children are introduced to block-based computer languages the first thing we teach is that they are going to make mistakes and that the word fail stands for ‘first attempt in learning’.

I will often give children broken code to fix before asking them to create their own programs so that they can learn debugging skills objectively and not become discouraged when something they have made doesn’t work.

What else do you teach as part of the Sony UK TEC coding workshop?

During the Sony UK TEC coding workshop, the children learn to use Sonic Pi to create music with code. This activity acts as an introduction to text-based programming as well as developing their musical skills. They then learn how to build a simple circuit using a variety of components including resistors, LEDs and jumper leads on a bread board. Once they have checked the circuit for errors the children then programme the LED to flash, first in Scratch and then Python.

We spend time discussing the advantages and disadvantages of each language. As part of a final challenge, the children use the skills they have learned to build and code a working set of traffic lights in the language of their choice.

How does coding help manufacturing?

Any process that can be automated can be developed through coding. Whether this is the manufacturing itself using robots or error-checking, quality control, design or ordering.

What platforms/tools do you use to teach coding?

When I’m introducing a new concept, I like to use an unplugged activity. This means without a computer. It focuses the children’s attention on the concept rather than the technology. It slows their thinking down and makes it more visible.

For example, when teaching algorithms (a series of step by step instructions) I like children to write down the process for making a jam sandwich. I then act it out, exactly as they have written it, often with hilarious consequences!

With younger children we use programmable toys such as Bee Bots or Code-a-pillars where they can physically input the code and see in real life what is happening. As children move up through the school, we use Code.org to teach concepts and Scratch to apply them.

For physical computing (computers interacting with their environment) we use BBC Microbits and Raspberry Pi computers. For the ‘wow’ factor my Code Club participate in the Astro PI Challenge run by the European Space Agency in collaboration with the Raspberry Pi Foundation. Here they create Python code in the online platform Trinket, which is then run on the International Space Station. The children receive a certificate showing the exact position in its orbit when the ISS ran their code.

How can you learn more about coding at home?

There are many online platforms that have good quality courses. Depending on what your needs are. Scratch is a great starting point for programming. The Raspberry Pi website has lots of Scratch-based projects from creating games to building and controlling circuits. The Raspberry Pi Foundation also run courses through the FutureLearn platform. Trinket is a great place to begin a text-based language such as Python. There are also plenty of introductory videos on YouTube.

Sony UK TEC’s workshops are currently on hiatus due to advice from the Government. However, Steve and the team will be consistently sharing their knowledge and expertise throughout the coming months. So, please get in touch if you would like to know more.

What’s the best way to sell my house quickly? 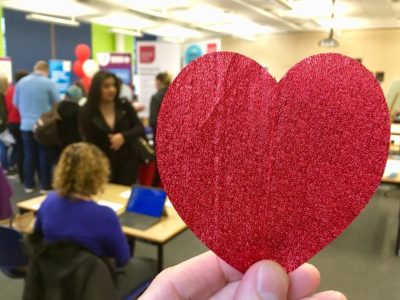 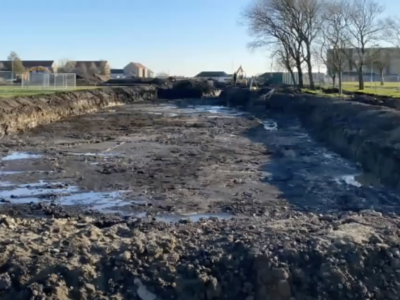 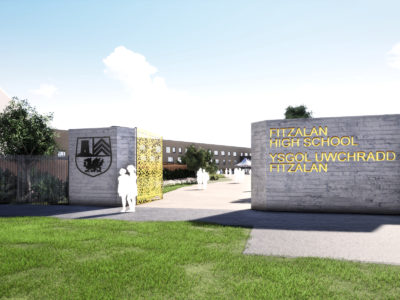