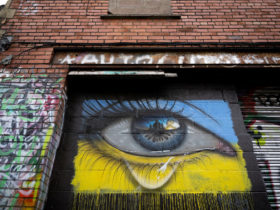 Wales has a rapidly growing space ecosystem. To help create more well-paid, highly skilled jobs in the industries of the future, the Welsh Government launched a new Space Strategy earlier this year, as part of efforts to ensure Wales operates at the forefront of the global space sector – with the aim of boosting the Welsh economy and creating prosperity across Wales.

“The Welsh Government is determined to help foster the industries of the future, which will help create the new high-quality jobs our young people need to make their futures here in Wales.

“The space sector provides exciting opportunities for the next generation of engineers, scientists, technologists, and mathematicians. These are the jobs that will help transform our economy, helping to deliver the long-term economic prosperity our country needs to have a successful future.”

The Minister began his tour at Newport-based B2Space, which is developing an innovative and disruptive “Rockoon” launcher for small satellites.

Using a novel launch system based on stratospheric balloons, this concept could massively reduce the impact of launches on the environment from rocket fuel and other propellants. This type of innovation will help Wales to become the world’s first sustainable space nation by 2040, leading the way to a greener space.

The Minister also visited Space Forge in Cardiff, which is aiming to create the world’s first returnable and reusable satellite platform. It will launch its first test satellite from the UK later this year, with the first ForgeStar set to launch in 2023.

The satellite will harness the unique benefits of the space environment to create materials in space impossible to make on Earth. It will return materials to Earth that could enable significant leaps forward in technology and could reduce Co2 emissions in high value manufacturing by up to 75%. The satellite platform would return to earth in 2025.

The Minister ended the day by vising SmallSpark Space Systems in Cardiff. The UK Aerospace start-up venture was founded by a former Cardiff University student and is focused on further developing hybrid rocket motor technology to significantly reduce the cost of access to low earth orbit for dedicated small launch vehicles. Its innovative engineering methods are attracting international interest.

The Minister’s visits come as research published by the Welsh Government shows people are increasingly interested in science and how it can impact their lives and address the key challenges facing society.

“The space sector is growing year-on-year. That is why we are determined to ensure Wales is at the forefront of this rapidly growing industry – and I am delighted to see how quickly the industry here in Wales is growing. Thanks to Welsh Government support, we have been able to support some truly stellar start-ups in the space sector reach new heights.

“We have supported companies such as B2Space and Space Forge to grow into the companies they are today. These are shining examples of the types of companies we wish to attract and grow in Wales. They are innovative, world leading and propose viable solutions to both minimise their carbon footprint and make significant reductions in the levels of CO2 produced on earth.”

“It was truly fascinating to see the innovation these companies are involved in during my visits today, and I was particularly pleased to hear they decided to locate their operations here in Wales, because of the infrastructure and the support on offer here. It will be a momentous occasion to see the first Welsh built satellite launched into space later this year.

“Wales has a lot to offer the UK Space sector, including infrastructure for test and evaluation of new technologies at Llanbedr Airfield, the segregated airspace off the West Wales coast and test ranges at Pendine and Radnor.”