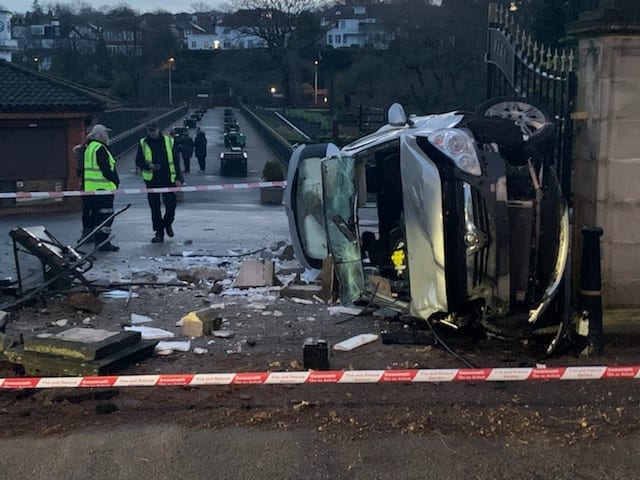 As Britain’s biggest indoor motorsport event sets to make a blockbuster return to Cardiff’s Principality Stadium next month (August 13th), stars of the track geared up for the big event with a high-octane challenge of a different kind. 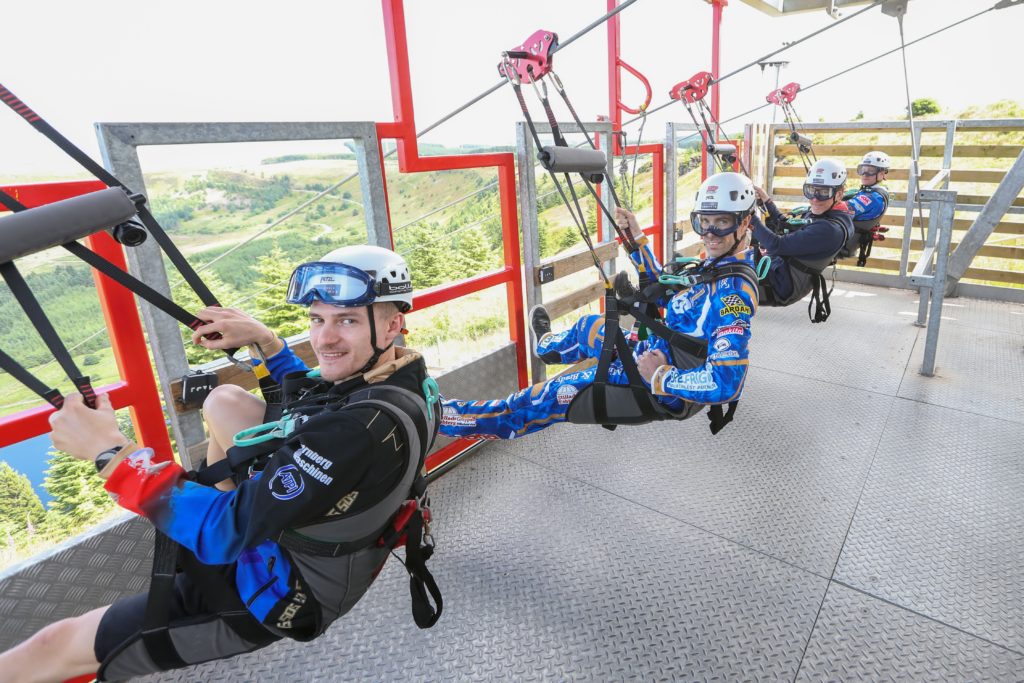 Four pitted alongside one another, just as in a race, they buckled up to hurtle at speeds of 70 mph across the Llwyn Fawr reservoir towards the landing point, all determined to get to the finish first.

“That was awesome, a real rush and in such a great location – have to admit to some nerves too!

“It’s so good to be here in Wales ahead of the GP, especially as it’s celebrating twenty years at the Principality Stadium. I might not be racing now but winning in Cardiff was always such a fantastic experience – a real career highlight – and the atmosphere there is just out of this world.  I’m really looking forward to heading back next month.”

Current riders, Dan Bewley and Robert Lambert – who will both be competing in the GP – agreed, with Robert saying:

“That was absolutely amazing – as Speedway riders, we’re all competitive guys and while we’re used to hurtling around the track at 70mph with no brakes, that was totally up there; I could do that over and over!

“We’ll both be racing in the British GP and can’t wait to get there and soak up the whole vibe, especially with so many legends also coming back this year. It really is all roads to Cardiff now and with four Brits competing, fingers crossed for a home victory – obviously I hope that’s me!”

“It was so great to have the guys on site today and we’re really pleased everyone enjoyed – they really went for it; I didn’t know much about Speedway before this but sounds like amazing fun to watch; looking forward to it!” 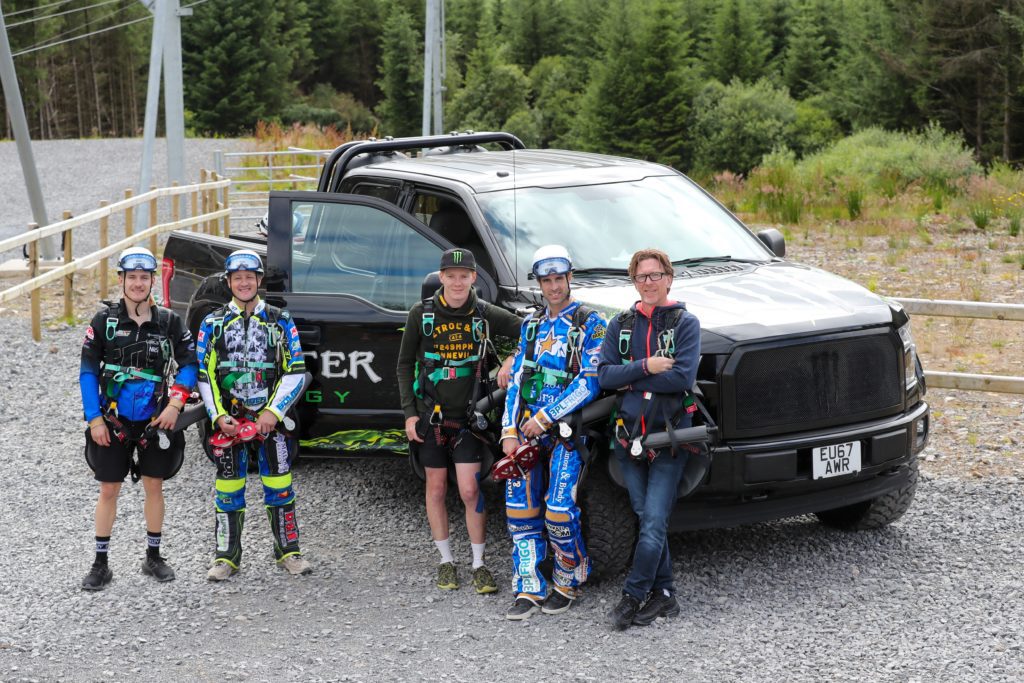 Fast and furious family fun, The FIM British Speedway Grand Prix will take place on Saturday 13th August, with a host of celebrations planned to mark the occasion.

The stage is set for some thrilling on track action as fans gear up to watch 16 riders – 15 permanent and 1 wild card – compete over 23 heats; four riders over four laps on 500cc bikes with no brakes!

Enjoying the highs, extraordinary skills and nail-biting moments as riders compete wheel to wheel for the chance to win one of the most prestigious events in world speedway and move one step closer to the World Championship.

The day starts in the activity-filled fanzone which will take place outside City Hall and feature a jam-packed schedule including rider autograph sessions, photo opportunities and plenty of interactive activities.

Racing will start in the stadium at 5pm and culminate with a spectacular indoor firework display.

For the first time, action will also continue on Sunday as the Principality Stadium hosts the FIM SGP2 of Great Britain, with entry included in the FIM British Speedway GP ticket price.

Tickets are on sale now at fimspeedwaygpofcardiff.seetickets.com