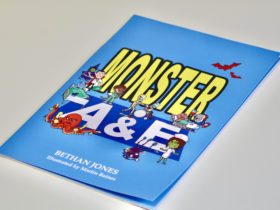 Mum’s book helps children shake off their fear of hospital

STEREOPHONICS – one of the greatest Welsh bands of all time is set to play Swansea’s Singleton Park next summer, 20 years on from icon gig in the city.

Less than 24 hours after singing sensation Jess Glynne announced she was coming to the city, one of Wales’ finest musical exports are returning home with a gig to celebrate the 20th anniversary of their Morfa Stadium ‘Performance and Cocktails’ gig.

July 13 has been set aside for a concert that is bound to attract many thousands of fans to the park by the sea that was put on an international platform last year when it played host to the BBC Biggest Weekend Radio 1 event.

“The return of the Stereophonics is brilliant news for music in Wales and for Swansea in particular.

“The ‘Performance and Cocktails’ gig to 50,000 fans at Morfa Stadium was truly a milestone for the band, helping secure their status as one of the world’s top stadium bands.

“As well as Jess Glynne, the Wales Airshow, Swansea Half Marathon, other events yet to be announced and our annual programme of events, and now the Stereophonics, our city is already laying out its claim that Swansea is the place to be next summer. We are Wales’ Capital of Culture and we’re really proud the Stereophonics have chosen Swansea for their anniversary gig.

“Stars like Rod Stewart, Elton John, Little Mix and Noel Gallagher’s High Flying Birds have all performed in Swansea in recent years. And I’m totally sure that last year’s BBC’s Biggest Weekend sent a huge message to the music industry that Swansea has the fan base and the organisation to provide the perfect stage for the top names in the business.”

Arrangements for both the Stereophonics and Jess Glynne gigs are being finalised in the coming weeks. Ticketing for both events are being arranged by the respective promoters and not Swansea Council.

The council and its partners will work with the promoters to facilitate the events with support such as traffic management, car parking, sign-posting and public safety. Residents will be kept informed about event management as more detailed information becomes available as part of the event planning process.