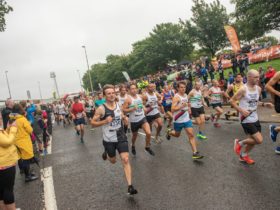 The new Real Voices, Real Trauma report projects the voices of 30 young people who have experienced homelessness across Wales.

100 per cent of the study’s participants cited at least one form of trauma from their childhood. The report analyses how many of the participants have had to deal with mental health, substance misuse or family issues and whether these were a factor of their homelessness.

The report was commissioned by leading homelessness charity, The Wallich, and was carried out by Nia Rees, who acted as a Research Consultant to the organisation. The Wallich has produced a comprehensive summary document of the findings. City and County of Swansea Council also provided financial support to the project.

The Real Voices, Real Trauma findings on substance misuse support the recent study by University College London which found that the number of tee-total 16 to 24-year-olds has increased from 18 per cent in 2005 to 29 per cent in 2015. With regards to homelessness, childhood trauma was a more common cause of youth homelessness than drugs or alcohol.

Young people spoke articulately and thoughtfully about traumatic events and situations in their family homes. Natasha, whose name the report has changed to protect her identity, was abused by her step-father. When interviewed at age 18, she said, “He was sexually abusing me, asking me for money that I wasn’t allowed to give him. He was mean to my brother. My older sister got kicked out, and I walked out.”

Adverse Childhood Experiences – known by many as ACEs – are now being recognised by psychologists, many support, care and mental health agencies and the criminal justice system as an important factor in working with vulnerable people. The Wallich has developed working practices to build the resilience of their clients; breaking the cycle of repeat ACEs to ensure that future generations can overcome issues which might contribute to instances of homelessness.

“The report is not suggesting that experiencing a traumatic event automatically leads to a person to becoming homeless. What is important to take away, is that experiences like these, that aren’t recognised or treated at the time, can impact a young person to such a large extent that it becomes likely that more trauma, such as experiencing homelessness, can occur further down the line.

“Acknowledging ACEs is just one side of the coin. Just because people have experienced these things, doesn’t mean that we should write them off or underestimate their potential. Young people are resilient, and we know that working with them and their experiences can inspire a positive future.”

Real Voices, Real Trauma makes a number of policy and practice recommendations in the report. The Wallich’s current work already reflects many of the recommendations and as a charity, they have seen successful rehabilitation by involving clients in shaping services and delivering trauma-informed and psychologically-informed services in the homelessness sector.