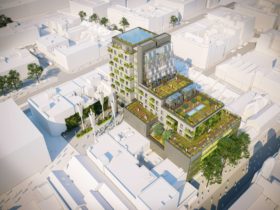 Swansea Council’s roads teams are getting on with repairs and improvements despite the poor weather and the challenges of the pandemic.

Late last year Swansea Council’s Cabinet agreed a £2m cash injection for the work which is being spent on street re-surfacing in locations around the city with more to follow in the coming weeks.

Mark Thomas, Cabinet Member for Environment Enhancement and Infrastructure Management said the extra cash was much needed and add to £7.4m already committed to highways maintenance during the current financial year, including upgrading pavements and street lighting.

In recent months the council has resurfaced almost 7.5 miles (12km) of road, Twenty-three projects worth a total of £1.7m in areas including Bishopston, Killay, Uplands, Dunvant and Morriston have been completed, many of them community street resurfacing works.

Among the largest schemes completed were two in Heol Dywyll and Mynydd Gelli Wastad Road, Clydach, which cost £300,000 between them with another four schemes in Sketty costing £250,000.

Next up is the A4240 Gorseinon Road in Gorseinon, where re-surfacing work will start on January 26 for three nights between 6pm and midnight which will mean some diversions in the area for local traffic.

Cllr Thomas said: “Throughout the winter, the recent floods and the pandemic, our highways teams are here for the people of Swansea. Our gritting teams have had a very busy month as well – crews have been out most nights working on our 480km gritting network.

“We’re taking a flexible approach to using the extra money allocated to highways – targeting it to those most in need. We’ve also continued also to deliver on our PATCH programme and deal with pothole problems reported to us.”

The Priority Action Team for Community Highways (PATCH) is part of Swansea Council’s annual highway maintenance programme and involves maintenance teams visiting each ward in the city for up to two weeks, repairing sections of road which have been identified as needing an upgrade.

Major road resurfacing was also completed during the summer with a number of key routes being completely resurfaced. They included sections of the A48 near Penllergaer, the A483 near junction 47 M4, as well as a number of roads in Gorseinon and Penclawdd.