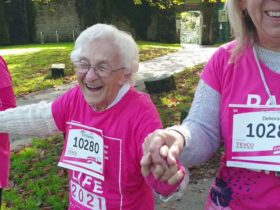 An entrepreneur from South Wales whose company pays motorists for displaying adverts on their cars is launching its biggest campaign yet in South Wales this summer.

Car Quids was launched by Swansea-born Viraj Ratnalikar after he raised some £130,000 in seed funding from Seedcamp, Europe’s seed fund, the Seed Fund at Said Business School, Oxford University, and the former head of marketing for Pernod-Ricard.

Ratnalikar studied economics and management at Oxford University before completing a 12 month programme with the New Entrepreneurs Foundation, a nonprofit organisation that runs development programmes for aspiring entrepreneurs.

Car Quids company allows anyone to make money from having advertising applied to their car; it offers advertisers the opportunity to achieve measurable results through affordable outdoor advertising in a very specific targeted way.

Based in London, the company has worked with household names including Pizza Hut, JustEat, Evans Halshaw, and the NSPCC. Thousands of drivers across the UK are signed up to the scheme.

The concept of Car Quids was born when Ratnalikar was enjoying a pub lunch in London. He noticed how many taxis around London carry advertisements; he realised if he could match advertisers with privately-owned vehicles, he could help redirect marketing cash straight back into the pockets of individuals.

“They say never forget your roots and I’m excited to announce that Car Quids is launching one of our biggest ever campaigns in South Wales very soon! I’m especially proud of this campaign as it will be the first in my hometown, Swansea, and I can’t wait to inject money back into the community while promoting a fantastic Welsh brand.”

When Car Quids launches in Wales, the 600 members who have already signed up through www.carquids.com will have the opportunity to earn up to £100 a month, simply for driving their cars. As drivers face a steady increase in car insurance premiums, a number of Car Quids’ members who have already taken part in campaigns across the UK have expressed how great it is to be able to offset some of their motoring costs. Some electric car drivers have even been able to eliminate their running costs completely.

Car Quids has worked with several brands across a variety of industries, including Pizza Hut, JustEat, Evans Halshaw, and the NSPCC. Advertisers interested in using Car Quids for their business can find out more at www.carquids.com/brands.