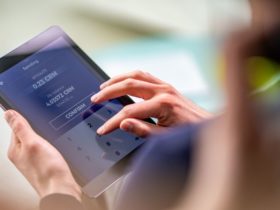 How To Accept Crypto Payments As Small Business

As the threat of cybercrime increases, two of Wales’ brightest tech companies have joined forces to help protect businesses across Wales.

Swansea based IT support company Pisys.net have partnered with Newport consultancy Wolfberry Cyber Security to offer mid to large-sized businesses a simple solution to the fight against cybercrime.

Wolfberry, an ethical hacking company, has offices in London and Dubai and helps organisations identify and manage cyber risks across a variety of sectors and are the recent winners of the South Wales Tech business of the year at the South Wales Argus awards.

“Cybercriminals are actively targeting businesses of all sizes,” said Wolfberry CEO Damon Rands, “and a report earlier this year by insurance firm Hiscox revealed that 55% of businesses had already faced an attack in 2019, up 40% from 2018, and almost 75% of firms were ranked as novices in terms of cyber readiness.”

EE, Mumsnet, Thomas Cook, Uber, NHS, British Airways – all companies who have made the headlines due to being hacked, however, it’s not just the big-firms who are at risk.

“Even the big firms who are perceived to have the resources in place to prevent cybercrime are vulnerable,” said Pisys.net director Steve Bain, “so it’s no surprise that smaller firms are being targeted as the IT security systems in place are either non-existent or in many instances, out of date.”

Businesses holding sensitive data such as bank details, addresses, dates of birth are of particular interest to criminals; however, any company could potentially be held to ransom and blackmailed if a hacker managed to get into the system and lockout users from accessing any back-ups.

“Identifying the weak-points within a company’s IT infrastructure is key to protecting the organisation,” continued Damon, “but it takes a lot of time and resource to manually check every computer within an organisation for weaknesses which is why we developed the Viper.”

Roughly the size of a flash pen, the Viper is a gamechanger for IT security testing as it plugs directly into the computer and runs a real-time report which can be seen live by the tech team at Wolfberry.

“We test for a range of weaknesses,” said Damon, “from outdated software that is sat in the background of the computer to third-party apps that may have weak security features; most businesses are unaware of their IT weak points which is why the Viper is vital.”

While the Viper reports in real-time to the tech team at Wolfberry, it doesn’t access any files, web addresses or data, so privacy is always maintained, but what it does reveal is an eye-opener.

“The Viper can see the hackers and viruses attempting to penetrate the computer in real-time, enabling us to inform the client where they have weaknesses and where the threat is coming from,” continued Damon.

While continually identifying and monitoring threats through Viper is of critical importance, it is just as important to plug those gaps, which is where Pisys.net can help.

Pisys.net is an award-winning IT support company with offices throughout the UK who see first-hand the impact of cybercrime and understand the importance of IT security.

“Encrypted off-site backups, regular security updates and staff training are just some of the ways for a business to protect themselves,” said Pisys.net director John Merrick, “but the power of the Viper is that it identifies the weakness, allowing us to address the threat directly and tighten up the overall IT security.”

With a team of 19, Pisys.net have a dedicated team of helpdesk engineers who solve over 97% of issues remotely.   They can log-in to a customer’s computer to address the risk identified by Viper and thanks to their KASEA programme; they can install low-risk ‘fixes’ during quiet times, such as overnight.

For medium to high-risk ‘fixes’ or the 3% of issues that cannot be fixed remotely, Pisys.net will send in their team of field engineers to address the problem in person, essential for businesses which are identified as a high threat level.

“The synergy between our two businesses is powerful,” continued Steve; “Wolfberry identifies the security issue and our team can fix it – it’s as simple as that and with our own team member, Richard Williams, based with the Wolfberry tech-team in Newport, we can react quickly.”