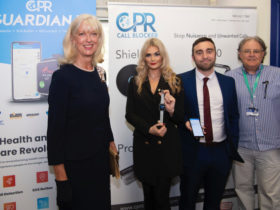 An RAF veteran from Swansea is hosting an online computer games and guitar playing marathon this weekend, to raise funds and awareness for the charity which he says has changed his life.

Matt Neve, 35, is living with PTSD, the result of his role in Iraq which began in 2003. He was introduced to archery through Help for Heroes, which he found helped him deal with his mental health struggles. During lockdown he has benefited from the camaraderie of sharing his experiences with other veterans through the charity’s fellowship network through online forums.

Matt became part of an online gaming community and says the contact he has had with other veterans and gamers has reduced his social isolation and helped him face the daily challenges of his condition.

“Without Help for Heroes I wouldn’t be here,” he says, “The Hidden Wounds service is there to help veterans and their loved ones deal with the mental health battles we face because of our experiences and injuries. They’ve supported my family and I though some dark times, and I’d encourage everyone to support Help for Heroes so that other people can get that support when they need it too.”

Matt has 3D printed a trophy to award the winning team of a Pro Evolution Soccer tournament he’s hosting during the event, he’ll also be playing a range of games including role play and race games, which people can sponsor, and take part in themselves, watch others gaming, and join the online community through chat boxes.

Help for Heroes Community Recovery Manager for Wales and Hereford said, “We rely on the generosity of the public to support the Recovery services we deliver. We are very grateful to Matt, and everyone who gives their time to fundraise and ensure we can be there to give our Armed Forces Community the support they deserve.”

You can follow Matt at twitch.tv/h4h_swanny and sponsor him at https://www.givepenny.com/h4hswanny