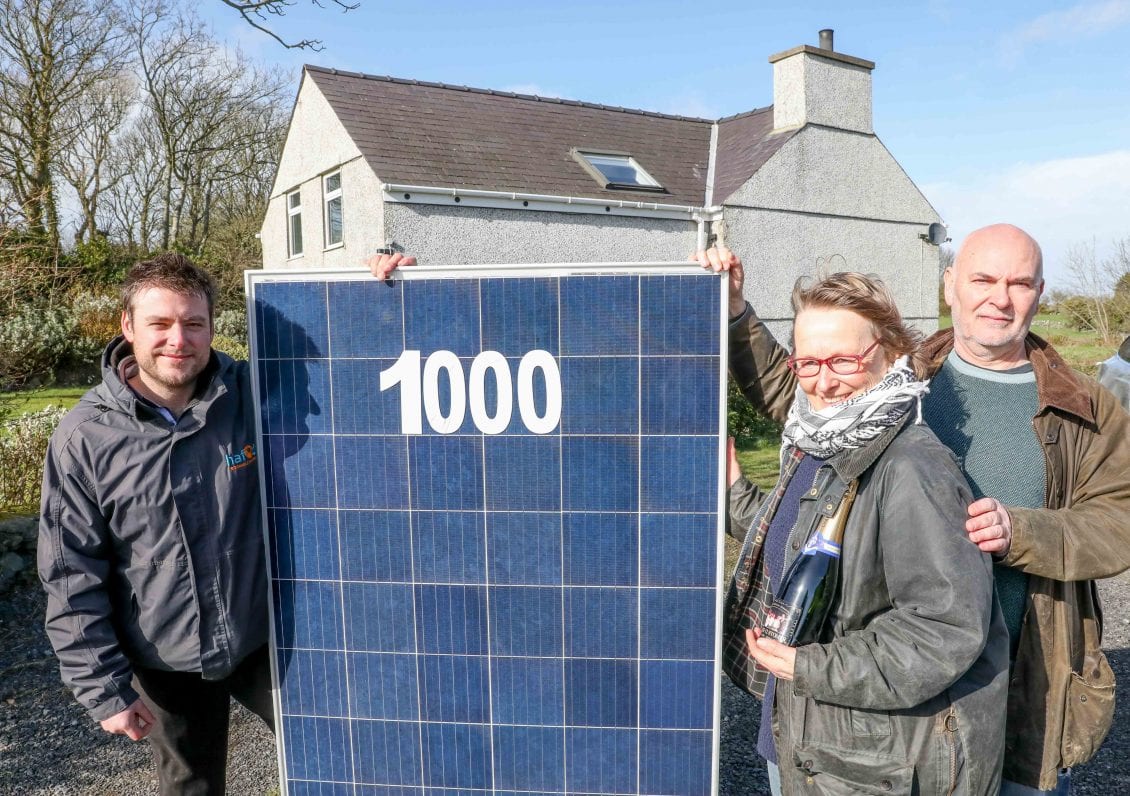 A football-mad youngster from Gwynedd showed he’s a talented all-rounder after excelling in a rugby competition.

Max Lawson, 12, beat nearly 2,000 others to win a top-of-the-range HP Chromebook laptop and a smart carrying case in a competition at the Urdd National Eisteddfod in Denbigh.

It was organised by Ifor Williams Trailers who are long-term supporters of the festival and had a stand at the event.

They converted one of their trailers for use in the rugby line-out throwing competition with cut-out holes for targets in its tilted bed.

Entrants paid £1 for each go with all the money going to the rescue charity, the Children’s Wales Air Ambulance.

The vital service helps around 400 children and babies a year, either on emergency 999 missions or by using its dedicated transfer helicopter to take patients from one hospital to another. It is also used to take specialist medical staff to local hospitals.

Max, a Liverpool FC fan, plays football for his school, Ysgol Brynrefail in Llanrug near Caernarfon, and the junior team at Caernarfon Town.

He said: “I play a lot more football than rugby. I play for the school team on the wing and for Caernarfon Town but I thought the competition at the Urdd Eisteddfod looked like a lot of fun so I had a go.”.

Max had travelled to Denbigh from his home village of Bethel to support his cousin who was taking part in one of the folk-dancing competitions at the Urdd National Eisteddfod on its first day.

“I was going around the Maes with my friend Deio and saw the trailer and had a go at the competition.

“I had to throw the ball at the trailer which had holes in the top. If a ball went into a hole, I scored points. Everyone had five attempts and I scored 80 points from the five throws and my name was put on the board as the top scorer.

“That was on the Monday. I went back to the Urdd Eisteddfod at the end of the week and saw my name was still at the top of the leader board. I had another go but didn’t come near to beating my first score,” he said.

Dafydd Jones, Show Manager, at Ifor Williams Trailers, was delighted to meet up with Max and present him with his prize.

He said the company have a long-held tradition of supporting events such as the Urdd National Eisteddfod whenever they are staged locally.

“The challenge of throwing a rugby ball onto the trailer proved to be a great success. We ran the competition for the six days of the Eisteddfod and just shy of 2,000 youngsters tried their hand at it.

“There were two categories, one for secondary schools which Max won and the other for primary school children.

“Every single penny of the money we raised will go to the Children’s Wales Air Ambulance which is a vitally important service.

“The competition was a fun way to raise money for a really good cause, and it was also a good way and a different way of getting people together

“A lot of work goes into doing something like this, but it’s worth it at the end of the day.” 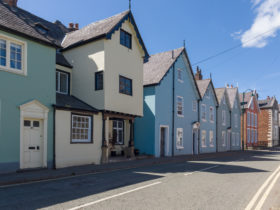 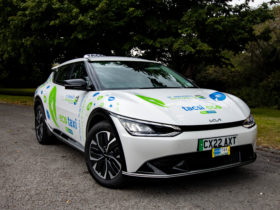 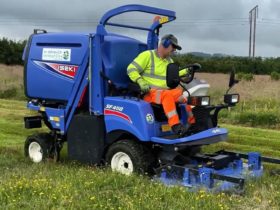 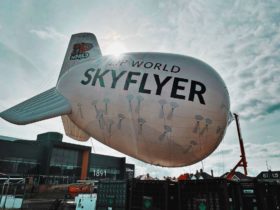