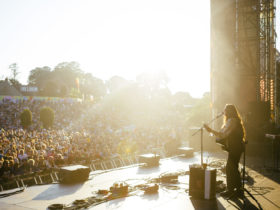 Talented Welsh chefs eager to make a name for themselves are being encouraged to put their skills to the test in two prestigious competitions.

The quest to find the best chefs in Wales has begun with the launch of the National and Junior Chef of Wales contests. Chefs must get their entries in to the Culinary Association of Wales (CAW) by the September 30 deadline. Entry forms may be downloaded at: http://www.welshculinaryassociation.com/index.php/competitions/

From the entries, which must include the chef’s own creative menu, a panel of judges will select regional finalists who will be given three hours to serve up a three-course dinner for four people.

Two regional finals of both competitions will be held in November and the winners and highest scoring runners up will qualify for the finals to be held at the Welsh International Culinary Championships (WICC) at Grŵp Llandrillo Menai, Rhos-on-Sea next February.

National Chef of Wales competitors must submit a menu with a starter suitable for vegans, a main course using two different cuts of Welsh Beef and a dessert including chocolate as the main ingredient.

The final of the contest will be held on Thursday, February 28 to close the WICC. The winner will be invited to a study tour hosted by Koppert Cress in the Netherlands and will receive a set of engraved F. Dick Knives and £250 worth of Churchill tableware.

The Junior Chef of Wales competitors must submit a menu with a starter suitable for vegans, a main course using Welsh Lamb and a dessert including Welsh honey.

The final of this contest will be held on Monday, February 28, the first day of the WICC.

The winner will secure an all-expenses-paid visit to the World Chefs Congress 2020 with the Culinary Association of Wales and be part of the Worldchefs Young Chefs Club.

In addition, he or she will be invited to a study tour hosted by Koppert Cress in the Netherlands, receive a set of engraved F. Dick Knives and be seeded through to the semi-finals of the Young National Chef of the Year contest organised by the Craft Guild of Chefs.

In both competitions, chefs must use a majority of Welsh products, which will form part of the marking schedule for judges.

To qualify for the competitions, chefs must be of Welsh descent or work or study in Wales. National Chef of Wales entrants must be over the age of 23 and Junior Chef of Wales competitors must be between the ages of 17 and 23 years on February 1, 2019.

Next year’s WICC are again set to bring most of the nation’s culinary competitions together in one venue. In addition to the National and Junior Chef of Wales competitions, the four-day event will also host the Battle for the Dragon contest between Wales and two international teams and the Major International Regional Competition.

“The WICC provides the perfect platform for the best Welsh chefs to showcase their talent and skills in a range of culinary competitions.

“This year, the National and Junior Chef of Wales winners set very high standards which we hope will be maintained or even surpassed in 2019. The competitions are open to all Welsh chefs whether they work or study within or outside of Wales.”

For more information about the WICC, contact Vicky Watkins at the CAW on: [email protected]