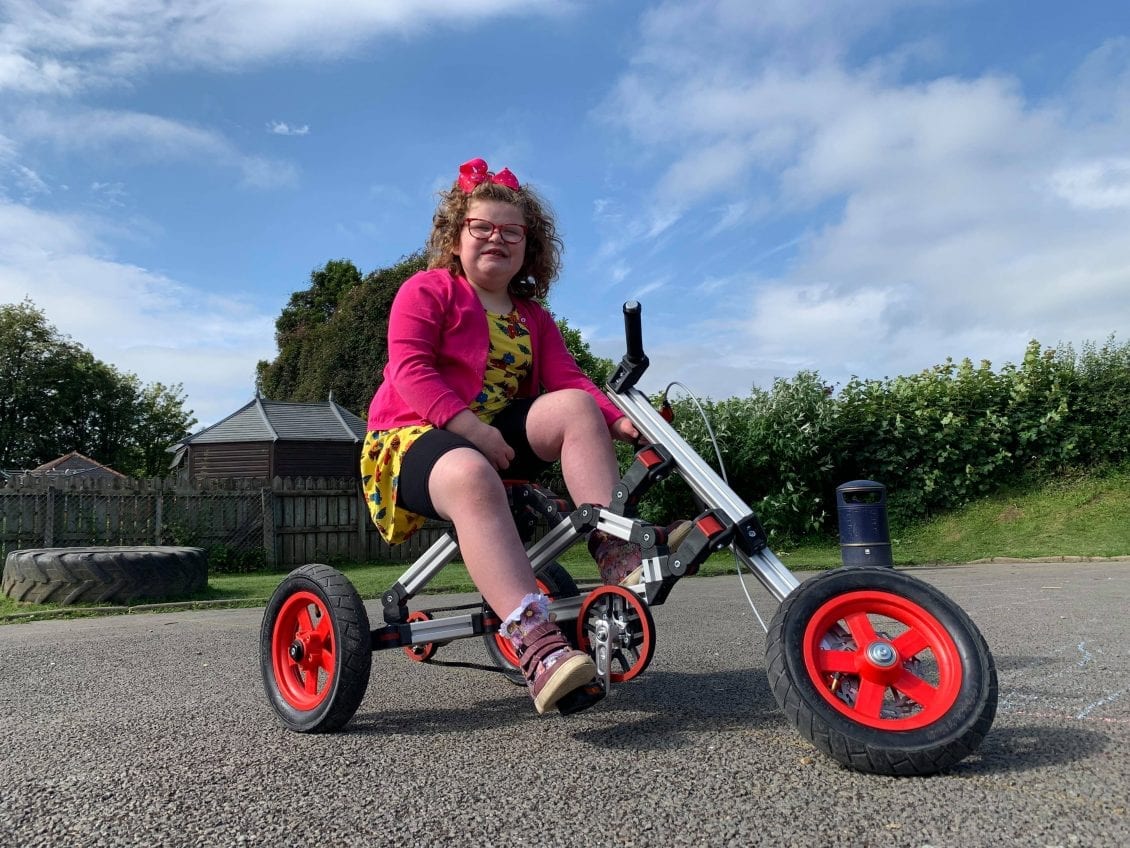 In 2016, the President of the United Nations Economic and Social Council (ECOSOC) Youth Forum told hundreds of young people that they were key to the sustainability agenda and global efforts.

They were advised to aim high and to have ambitious goals and today we’re seeing young people do exactly that – from Greta Thunberg to students looking to realise change in their local area. Sixth form students from St David’s Catholic College, based in Penylan, have taken matters into their own hands, setting up a sustainability group in the college to encourage action.

“I think it’s extremely important that everyone is aware of the environmental state the earth and our communities are currently in. We are the future leaders so it’s important to start taking actions as early as possible so we can learn better strategies of combatting environmental concerns before hopefully, taking on bigger platforms,” says 16-year-old Willow Pugh. Studying Art, Biology and Geography, Willow joined St David’s as she was looking for a new experience and felt as though college would stimulate her interests more than high school. Now, she is a key member in the group, driven by the urgency for action as climate change is already starting to impact her generation.

She is not alone. Willow is joined by 16-year-old Eyitemi Smith who wants to improve sustainability and awareness of this issue in the college and beyond, with the goal of achieving the Eco Schools Green Flag award during her time here. She said: “I felt more needed to be done on arriving in the college to improve the environment on site. The college can contribute to the development of an eco-friendlier, community-driven world.”

Generation Z students are frequently demanding more from their educational institutions, from colleges to universities. 94% of students believe that universities, in particular, should be doing more in the way of sustainability and understandably, this is expected to be the case for colleges, especially as more green-focused young people work to keep the conversation front of mind.

Elysia Dennis continues: “It didn’t feel as though the college was doing all that it could to help the environment in a time of climate crisis. We wanted to change that.” The 16-year-old was amongst the team who visited Cardiff University Christmas Fair, raising over £100 by selling sustainable products with all proceeds set to go towards future projects for the group, aiding the colleges’ green aspirations. Thanks to the ambitions of its students and its supportive environment, colleges like St David’s is leading the way, embarking on a journey towards the Eco-Schools Green Flag award, as envisaged by Eyitemi.

So, what can schools and colleges be doing?

St David’s Catholic College students already have some solutions in mind. Emily Brown believe that colleges should start by reducing and eventually banning single-use plastics, as just 14% of single-use plastic in the UK is collected for recycling. The 16-year-old Performing Arts and Psychology student, said: ‘We should be recycling and re-using products, trying to make as little waste as possible. I’ve started to make this happen at home, introducing a compost bin in our garden to cut down on household waste. We still have a way to go, but all those little steps add up.”

Willow agrees, believing that we should be using renewable energy and resources wherever possible. She’s asking that colleges play a key role in educating young people of the future about the issues surrounding climate change, encouraging them to take further action. “Outside of school, I use public transport and walk everywhere, use reusable containers, stay away from meat and buy from sustainable businesses where possible. I’m also part of the biggest youth-led wildlife conservation project in the world.” Yet, she understands that young people cannot be the sole driver for change.

“We need to be making small sustainable choices, but we also need the support of big corporations and the wealthier population to significantly reduce carbon emissions.” Students like Eyitemi are working to make small changes where possible, choosing to shop in charity shops and extending the lifecycle of the items that she purchases by repurposing them, and also grows her own produce in a family allotment. Yet, we cannot deny the impact that larger corporations are having. In 2019, the Guardian revealed that 20 fossil fuel companies can be linked to more than one-third of all greenhouse gas emissions in the modern era totalling 480bn tonnes of carbon dioxide equivalent (GtCO2e) since 1965.

It’s true that individuals cannot reverse this impact alone and it’ll take incredible dedication to truly reduce the volume of carbon emissions created annually, but groups such as this are integral to the conversation, keeping it front of mind in educational institutions across South Wales and beyond.

So, what’s next for the group?

Over the next few months, the group is looking to introduce and put forward further changes to make college life ‘greener’. Willow’s goal is to introduce a deposit return scheme where students can trade recyclable cups, bottles or cans after use for money to encourage more students to recycle correct and other students are already researching additional options that the college can look to implement over the next academic year.