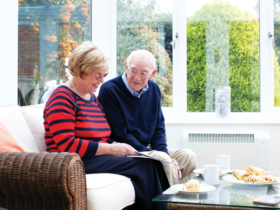 The Welsh language is on the rise again. The National Office of Statistics recorded an increase in speakers for the fourth consecutive year  in 2020, and the Welsh Assembly has set a target of one million speakers by 2050.

Speaking the country’s native tongue is important to Welsh people. It’s part of their heritage and identity, and a symbol of resistance to oppression over the course of Welsh history. It’s something that is represented in place names, too – not least in the country’s highest mountain, Yr Wddfa, or Snowdon as it’s known in English.

The peak has been made headlines recently after Gwynedd Councillor John Pughe Roberts put forward a motion that the site should be referred to by its original name. The National Park’s authority said they would consider it and, if confirmed, would be one of the first sites to make the move.

Why change the name?

Names of things change for a variety of practical reasons: Opal Fruits became Starburst to give them a more modern feel, The National Lottery changed its name to Lotto to boost flagging sales, while Prince turned his name into a symbol because of contractual reasons. With place names, though, it’s a little more complicated.

Important sites and monuments hold centuries, if not millenniums of history. They often remind people of historic events or symbolise something special, so names carry huge cultural and social value. For this reason, a name is tied up in the language and heritage of an area: it might relate to a local myth passed down through generations, or to a famous member of the community, so people are often emotionally attached to it, too.

In Wales, ancient place names have often fallen victim to Anglicisation. That is, English-speaking rulers imposed name changes to exert power, or maybe they simply couldn’t pronounce them. Even the country’s internationally recognised name is derived from the Anglo-Saxon word Wēalas, meaning ‘Celtic speakers’, instead of the Welsh name Cymru.

As Welsh comedian Tudur Owen pointed out, changing the name is one thing, but losing the story and cultural distinctiveness of it is another. Removing Welsh, one of the oldest languages in Europe, from a title erases centuries of history and identity.

Consider the example of Mt. Snowdon and the surrounding Snowdonia national park. The mountain’s Welsh name Yr Wyddfa means ‘grave’, as native speakers would know, and comes from a legend that Rhita Gawr, the ancient giant king of Wales, was buried under a mound of stones at the top of the mountain after losing a duel with King Arthur. Compare this to ‘Snowdon’, which simply comes from the Saxon word for ‘snow dune or hill’, and it’s clear which one means more to the local population.

The Snowdon appeal is part of a wider movement to recognise historic Welsh names, and similar campaigns have been happening in Wales and all over the world. Here are some examples and the stories behind them.

A beautiful lake near Yr Wyddfa, or Snowdon, Llyn Bochlwyd translates to ‘Grey Cheek Lake’ and comes from an ancient story of an old grey stag that jumped into the lake to escape hunting hounds: it swam to safety by holding its grey face, or cheeks, above the water.

Unfortunately, the English version isn’t quite so romantic. Some modern guidebooks refer to it as ‘Lake Australia’ because it’s…shaped like Australia.

Porth comes from a word for an access point for travel, trade and fishing, similar to ‘Port’ in English, while ‘Trecastell’ refers to an ancient fort that would have looked over this coastline. ‘Cable Bay’ meanwhile, might just refer to a cable laid there in modern times.

While lacking the drama of its English equivalent, Bwlch y Groes, meaning ‘pass of the cross’, has been used to refer to the second highest mountain pass in Wales for over a thousand years. Hellfire Pass, meanwhile, has a modern feel and probably came about in the last century or so.

Uluru is a modern example of a name change that recognises the local community’s heritage. For many years, the world called it ‘Ayer’s Rock’, named after former colonial leader Sir Henry Ayers. After a long campaign, however, ‘Uluru’, a local Anangu word, was brought back as the name for the monument and most Australians now refer to it as that today.

Even the highest mountain in the world isn’t exempt from renaming. Named after Sir George Everest, a 19th century English colonel, Everest is known as Chomolungma by local Sherpas, the region’s indigenous community’, meaning ‘Goddess mother of the world’.

They believe it to be the home of Buddhist goddess Miyolangsangma, their deity of giving, who rides on a golden tigress handing out gifts to people who she believes deserve them.

What next for Welsh place names?

Should Councillor Roberts’ request be accepted then it might pave the way for further name changes in the future. The Welsh language’s growing popularity could fuel a demand for wider recognition of historic sites and uncover those ancient stories that contribute to the country’s rich history and culture. 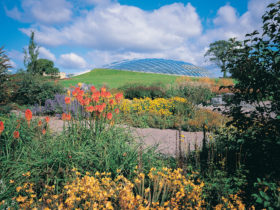 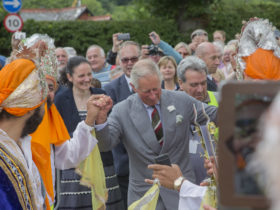