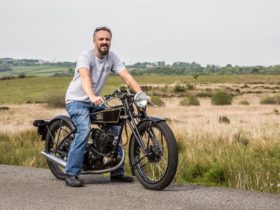 An enchanting twist on the classic two-act ballet has opened at the brand-new International Convention Centre Wales.

Following sold out seasons at the Royal Albert Hall and the London Palladium, award-winning international troupe, The Imperial Ice Stars, wowed the audience on opening night, Wednesday 11th December, to begin a run of 35 performances of the spectacular ice show.

Set against a backdrop of colourful projections, opulent costumes, magic tricks and special effects, the 23-strong cast of World, European and National Championship-level skaters dance to Tchaikovsky’s glorious score on a frozen stage at the 1,500-seat tiered theatre.

In fact, some of the spectacular ice moves are that extravagant, no official names have yet been invented for them. For anyone that has attempted ice-skating before, you’ll know how difficult it can be to stop yourself from falling. The sheer balance and posture that the Imperial Stars must have is quite incredible. Add in the demand to remember multiple scenes and you’ll witness something special.

Tony Mercer said: “It’s a privilege and an honour to be the first company to perform on this ICC Wales stage. To be invited to bring The Nutcracker On Ice to this amazing new venue for the Christmas period is something very special and I think it’s the perfect show to launch this new theatre. Christmas is a time for family and for sharing and for being together and this show has something for everyone – whether you are six or 106! It’s a great way to promote the spirit of the season.”

For those reading that don’t know the story of the Nutcracker, the scene is set on Christmas Eve in the Russian city of St Petersburg at the end of the nineteenth century. Dr. Pavlov’s family is excitedly unwrapping Christmas presents of colourful toy soldiers and beautiful dolls.

The mysterious figure of Herr Drosselmeyer joins in the celebrations and performs his famous magic tricks – with alarming results. Marie (the daughter of Dr. Pavlov), is presented with the famous Nutcracker Doll. Later that night, as partygoers depart, Marie is disturbed in her sleep to find furniture mysteriously growing in size. Her fear grows in intensity as the ruthless Mouse King surround Marie and prepare to attack. To her relief, the toy soldiers spring to life in her defence.

The story of the Nutcracker is beautifully portrayed in this on-ice version of the ballet, aligned to Tchaikovsky’s glorious score.

I thoroughly recommend that you pick yourself up a copy of the event programme. If you’ve heard of the Imperial Stars before, you’ll know the incredible amount of work that goes into this. In the lead up to the performance, the stars will regularly rehearse for up to 11 hours per day, and three hours prior to each performance.

The 23-strong cast of skaters are backed by a total team of 44 people that travel with the company.

And there is no rest for the team, the portable ice-rink is prepared right up until opening night. To create the frozen stage, 8 miles of pipe-work chilled to minus 15 degrees are laid out on stage, 12 tonnes of crushed ice spread over the surface, and 10,000 litres of water sprayed over a period of 24 hours; while the auditorium is kept at a comfortable temperature.

This is the first entertainment event to be staged at ICC Wales, which is part of an £83.7m joint venture between the Welsh Government and the Celtic Manor Resort.

We found parking is incredibly easy, directly under the venue, with lifts and escalator access. It did cost £6 to park the car, but when you think of the limited on-site parking at similar venues, it’s worth it for the convenience (and keeping dry!).

Tickets are still available for evening and matinee performances, starting from just £20. For more information and to book, click here.