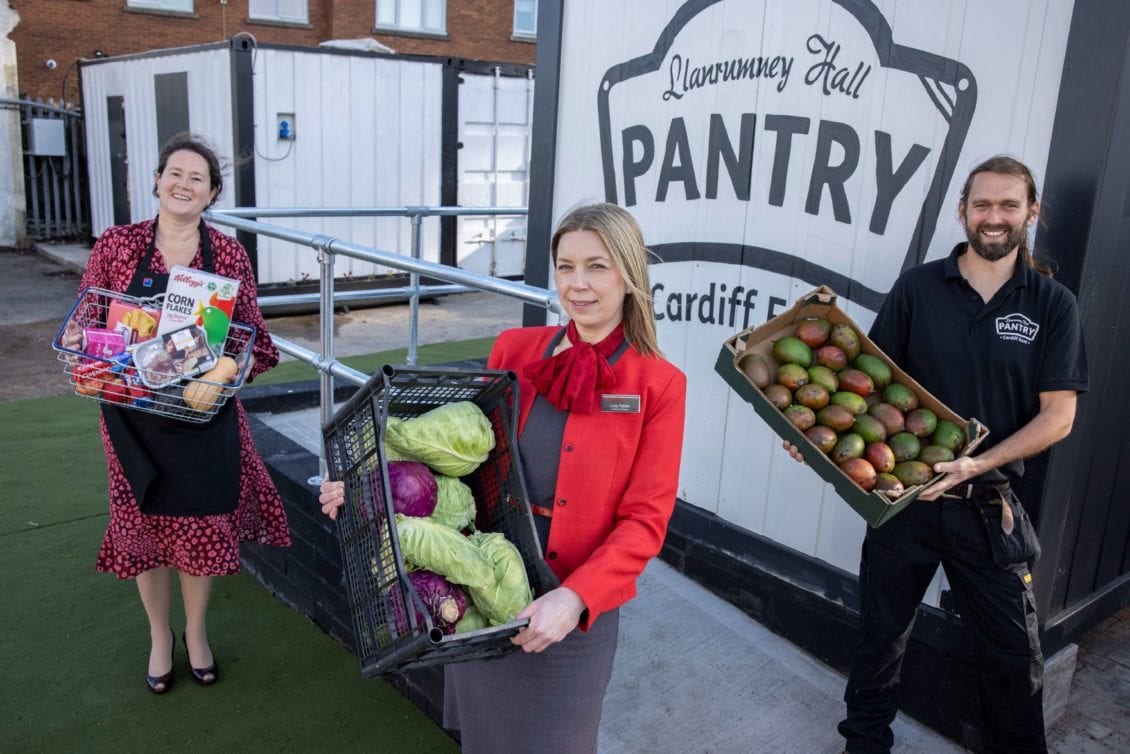 Through Sherman Theatre’s Creative Engagement programme, students at The College Merthyr Tydfil have connected with a local care home to create Tydfil Tales: an audio drama paying tribute to the lives and experiences of the care home residents.

Through weekly visits over the course of two months prior to lockdown, 20 UAL (University of the Arts London-accredited) Performing Arts students met with residents at The Daffodils Care Home in Georgetown, Merthyr, to listen to stories of the residents’ lives in their shared Valleys town.

The students were then tasked with creating an audio drama based on the memories of the residents they met, dramatising the decades of anecdotes, half-remembered stories, and life lessons near-verbatim.

Student Maelona Evans, 20, said: “We have the stories of one generation told by another, which has bridged the gap [between generations] and created a piece with a real sense of heart. It’s been an experience we’ll never forget.”

Originally the play was to be performed for the residents, but lockdown meant the Sherman Theatre-led team had to adapt production plans. The idea for an audio drama was born, continuing the tradition of orality in Welsh storytelling while ensuring the project could thrive and remain accessible in a time of social distancing.

Timothy Howe, Creative Engagement Manager at Sherman Theatre, said: “This project began as a means of tackling social isolation and giving a platform to young people from Merthyr who feel their voices are not heard on our stages, but it has now become a shared celebration and appreciation of the community within which it was set.

“The genuine connections forged between the residents of The Daffodils Care Home and the students of The College Merthyr Tydfil were not just about friendship, they grew into a shared understanding and trust that is reflected in the final performances. As the project progressed the students grew in their love for the residents who began to be seen as part of their family. The human collaboration and connection that we’re championing through Tydfil Tales celebrates how well the arts can bring people and communities together.”

Timothy continued: “At the foundation of these stories lies a town that is as much a character in the final performances as the people we meet; without each other they could not exist. As such the students have taken great pains to preserve the unique voices and stories of their co-writers. At a time of social isolation, working on such a community-focused project which celebrates artistic talent, community spirit and an often-maligned community in South Wales has been a brilliant tonic for everyone involved.”

The students were supported in the creation of this audio drama by The College Merthyr Tydfil’s Course Coordinator for Performing Arts and Drama, Kayleigh Adlam, as well as Applied Theatre Masters students from Royal Central School of Speech and Drama, Caroline Halford, Leanne Twidale and Mariana Pimentel Perez. The project was funded by National Lottery Awards for All Wales

In a letter of thanks to the residents at The Daffodils Care Home, the UAL Performing Arts students wrote: “Your stories have given us and amazing outlet of creativity in these trying times and we truly hope what we have created will do you all justice. You are all an inspiration and we are honoured to have been able to share what you gave us.”

Student Callum Roberts, 19, said: “Working on Tydfil Tales has been an experience I am hugely grateful for. Being allowed to share and tell the public the wonderful stories of the residents of Daffodils is a huge privilege!”

Tydfil Tales can be listened to for free on shermantheatre.co.uk from 6.00pm on 1 July.