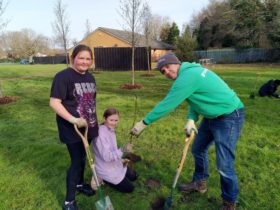 As part of a year of celebrations for its 25th anniversary, leading entertainment venue The Red Dragon Centre in Cardiff Bay is asking the public to contribute to an exclusive new art installation being created by Welsh artist Nathan Wyburn.

Nathan is an artist who specialises in creating pieces out of non-traditional mediums, mainly celebrity portraits out of food. He was a finalist on Britain’s Got Talent in 2011, creating a portrait of judge Michael McIntyre out of Marmite on toast.

The well-known artist will be creating a mural for The Red Dragon Centre using photos of the centre over the years sent in by customers, as well running interactive creative workshops during the Centre’s birthday weekend.

The Centre’s official birthday celebrations will take place over the 28 and 29 August and as well as Nathan’s art workshops, will include face painting stations and a giant ball pit installation that will hold 25,000 balls and the chance to win prizes from the Centre brands, including cinema tickets, bowling passes and food vouchers.

Emma Constantinou, marketing manager at the Red Dragon Centre, said: “We’re so looking forward to celebrating our 25th anniversary in style, and Nathan’s giant mural will be a marvellous way to get our customers from over the years involved.

“Our customers are a huge part of our history and that’s why we hope to receive as many photos as possible, so that we can celebrate some of our highlights of the last 25 years and bring them together in an incredible, visual way. Photos can be of anything that people are willing to share, whether its photos of them bowling, eating in one of the restaurants or just having fun with friends, all are welcome.”

Officially opened in 1997, the former Atlantic Wharf Leisure Village houses a multitude of interactive, lifestyle and food and drink venues including Odeon Cinema, the home of Wales’ only IMAX screen, and the Hollywood Bowl, both of which have been key Centre attractions since the beginning.

In the 25 years since it opened, a whole host of additional brands have joined the Centre family to become an intrinsic part of the entertainment and dining experience, including Grosvenor Casino, Simply Gym, Bella Italia, Five Guys, Spice Route, Volcano, Cardiff Bay Tavern, Cadwaladers and Zaika.

The Centre is the site of the Capital FM South Wales studio, which was formerly Red Dragon FM, as well as Heart FM. Today, you’ll find the likes of Josh and Kally broadcasting their Capital Drive Show live from there every weekday.

Anyone who would like to send share images for Nathan to use in the giant mural, please contact the Red Dragon Centre on social media or email to [email protected]. The masterpiece will be officially unveiled by Nathan in the Centre ahead of the bank holiday celebrations, and his workshop will take place on 29 August. 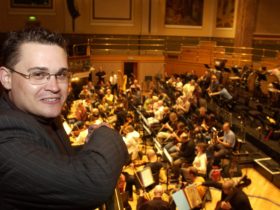