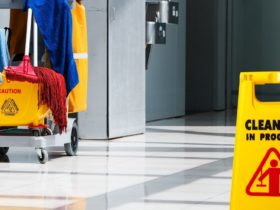 The Royal Mint, the Original Maker of UK coins, has unveiled the official commemorative coin to celebrate the life and legacy of HRH The Prince Philip, Duke of Edinburgh. The £5 coin features an original new portrait that was personally approved by The Duke of Edinburgh in 2008.

The Duke of Edinburgh was the longest serving consort in British history, and for decades provided steadfast support to Her Majesty The Queen and The Royal Family. The memorial coin bears the inscription “HRH The Prince Philip, Duke of Edinburgh 1921-2021” and was designed by the acclaimed artist Ian Rank-Broadley FRBS.

In keeping with Royal tradition, the denomination of the memorial coin is a £5 Crown – typically used to mark significant moments such as Coronations and Jubilees. To honour Prince Philip’s philanthropic legacy, The Royal Mint will donate £50,000 from the sale of the coins, to be split between The Duke of Edinburgh’s Award in the UK and The Duke of Edinburgh’s International Award Foundation. The donation will help the charities continue to support young people in the UK and overseas.  The Royal Mint has also unveiled a temporary new exhibition honouring the legacy of the Prince at its tourist attraction, The Royal Mint Experience.

Prince Philip had a keen interest in coins, and was President of The Royal Mint Advisory Committee (RMAC) from 1952 until 1999. As President he oversaw the design of coins, medals and seals for the UK. His appointment coincided with the death of George VI, and the need for a new suite of coins bearing the portrait of Queen Elizabeth II. In total he oversaw four new definitive coin portraits of The Queen during his tenure as President, as well as the new coins needed for decimalisation.

Chancellor Rishi Sunak said: “This coin is a fitting tribute to The Duke of Edinburgh, who moved and inspired so many people around the world with his decades of service both to the nation and Her Majesty The Queen. I’m proud to unveil the coin on Armed Forces Day, considering his distinguished naval career and unwavering dedication to our Monarch and to his Royal duties, and it is only right that he and the Queen are depicted together on both sides of it.”

Anne Jessopp, Chief Executive of The Royal Mint, said: “Since the passing of The Duke of Edinburgh in April, many have commented that he led a life well lived. He was the longest serving consort in British history, and patron or president to over 750 organisations – including The Royal Mint Advisory Committee.

“The Royal Mint has marked significant Royal events for centuries, and is honoured to unveil an original new coin which celebrates the life and legacy of a remarkable man. It feels fitting that this coin – which was personally approved by the Prince – will also support the work of The Duke of Edinburgh’s Awards. The Awards have benefited millions of young people since they were formed in 1956, and are perhaps Prince Philip’s greatest legacy.”

Ian Rank-Broadley FRBS, designer of the coin, recalls meeting Prince Philip to share the design: “The portrait sitting took place in Prince Philip’s library and you could tell he was a widely read and thoughtful person. It was a great privilege to spend some time with him and, as with other members of The Royal Family, I found he was very generous with his time. I hope the design captures Prince Philip – an impressive, highly intelligent and humorous man.”

Ruth Marvel, CEO of the Duke of Edinburgh’s Awards said: “This wonderful tribute will help us build on The Duke of Edinburgh’s legacy so more young people can start their DofE Award journey and develop the skills, resilience and self-belief they will need to successfully navigate the challenges of adult life.”

John May, Secretary General of The Duke of Edinburgh’s International Award Foundation said: “The Royal Mint’s Commemorative Coins are a piece of British history and we are honoured to be involved. Prince Philip was a champion of the infinite potential of young people and his Award is even more relevant now than when it started. This support will ensure that more young people worldwide can use the Award to discover their resilience, adaptability, confidence and leadership skills and be ready to face the world of today and tomorrow.” 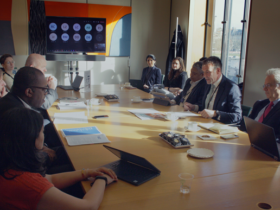 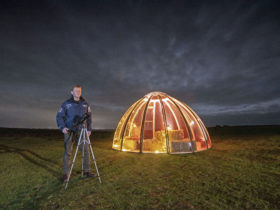 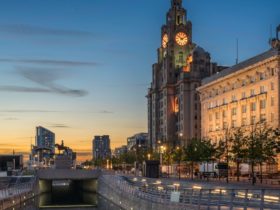 How Do I Find A Good Immigration Lawyer In Liverpool?