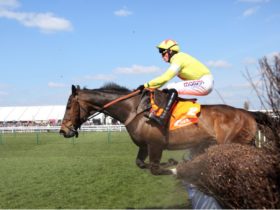 The Slate Caverns will host an exciting and dramatic new competitive Special Stage for this year’s Dayinsure Wales Rally GB.

The four-day event, which is Britain’s round of the FIA World Rally Championship, will feature a spectacular new mile-long Slate Mountain speed test at Llechwedd Quarry which sits high above The Slate Caverns.

The Dayinsure Wales Rally GB will take place on 4-7 October 2018, with the Slate Mountain stage on Friday the 5th October 2018.

With the Slate Mountain’s backdrop of enormous cavernous craters, towering slate piles and some of Snowdonia’s most spectacular mountain views, the new Special Stage at The Slate Caverns is set to be a spectacular new addition to the four-day, 23-stage and 323km event.

Spectators can expect all the drama that comes with highly challenging terrain set against the location’s breath-taking landscape. Adding to the excitement, the World Championship crews will tackle the speed test twice in quick succession providing visitors with a double-dose of premier league action.

“We are hugely excited to be hosting a stage of the Dayinsure Wales Rally GB for the very first time this year. The mile-long Slate Mountain course will squeeze in everything you’d expect from an exhilarating rally stage, with water splashes, jumps and steep hills around every corner.

“We’re planning a family-friendly festival atmosphere throughout the day and expect the entire Llechwedd site to be buzzing with excitement. Spectators are in for a real treat, this is an unmissable event for motorsport fans of all ages.”

Race goers who are quick off the blocks could base themselves at The Slate Caverns’ luxury safari style glamping lodges for the duration of the four-day rally event. The mountainside lodges, which have far-reaching views across the North Wales landscape, sleep up to five people per lodge from £405 for a three-night stay. Book at https://www.llechwedd-slate-caverns.co.uk/

The Slate Mountain speed test will take place at one of the UK’s most popular visitor destinations, home to a Deep Mine Tour, off-road Quarry Explorer, zip lines above and below ground, world-class mountain biking and a unique underground trampoline complex. More than 200,000 visitors check into The Slate Caverns site every year. Slate has been mined and quarried at Llechwedd since the 1850s, and Llechwedd is still a working quarry.

Tickets for the Dayinsure Wales Rally GB are available at walesrallygb.com from £28 for a day pass.