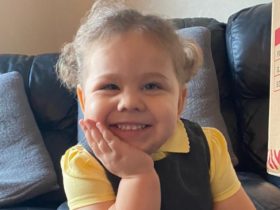 Fundraiser for two-year-old with cerebral palsy

Historically, humanity is un-detachable from the history of gambling because there are signs far back of groups of people gathering together to gamble. It is essential to check the reviews of platforms like casinoonline.com.ph. to trace the history of gambling globally. It starts from the first brick-and-mortar casino in Italy to the creation of the online casino.

THE FIRST EVIDENCE OF GAMBLING

Different forms of gambling exist in our present age, but the earliest evidence can be traced to Ancient China. The Chinese ‘Book of Songs’ references “the drawing of wood,” i.e., the tiles that formed part of a lottery game. There is also evidence of keno slips, used around 200BC for a lottery to fund some state infrastructures, such as the construction of the Great Wall of China.  According to scholars, the first card playing game existed in China in the 9th Century.

BACCARAT IN ITALY AND FRANCE

One of the foremost gambling games still played in online casinos today, Baccarat, can be traced to the 1400s when players migrated from Italy to France. Even though it was created centuries ago, it has continuously evolved, remaining relevant till today. Although different game variations have existed and gone, the most recognized and standard version came from Cuba via Britain to the US and is still being played in casinos globally. Baccarat is more often than not a spectator sport, yet, it is found in almost every casino.

Most people wrongly think that roulette was developed in Russia. It actually originated in the gaming houses of Paris. It took about five decades for the ‘European’ version to be developed, with just one green zero, and generations of players prefer it to the original version. Ironically, players familiar with the wheel refer to it as the American Roulette wheel. In the 19th Century, roulette became very popular, notably when the famous Monte Carlo casino used the single zero version of the game. The fame of the game multiplied throughout Europe and globally.

The first legal gambling establishment was opened in Venice, Europe, in 1638. The name of the casino was “Il Ridotto.” The word “casino” itself was coined from the Italian word that means “a small house.”

Aside from gambling games, the patrons were entertained with great food and drinks, music, and dancing. At its inception, only the rich were allowed to enter the casino, and the bets were huge.

There were three rules governing the establishment covered how to dress, how to behave and had to order certain meals.

The building of the Il Ridotto was of great benefit to the state because of the high taxes imposed on the establishment. However, the church had a negative attitude towards this entertainment option and forced the hand of the government. Gambling became illegal, and the first official casino, Il Ridotto, was closed.

In 1994 the government of Antigua and Barbuda passed the Free Trade & Processing act that grants a license to companies to start online casinos; with this in place, gamblers do not need to go far in search of a casino to play their favorite games anymore. In that year, Microgaming was established by a small team of software developers. It developed the first online casino called the gaming club, and today it remains one of the largest online casino and online casino game developers.

Over the years, many companies have tried to claim credit for creating the first online casino. However, the dedication, hard work, and achievements of the developers at Microgaming have made them a symbol of innovation and earned them the reputation as the real leader of online gambling globally. The Gaming Club was unlike the regular brick-and-mortar casinos. Still, it grew in popularity, taking the world by storm because it gave gamblers the chance to play online casino games on their desktop when most people were still trying to understand how the internet works.

In 1995, CryptoLogic was created; they specialize in creating an actual money transaction on the internet and eventually for online casino real money games. CryptoLogic revolutionized the payment process making it fast and safe for players. They launched InterCasino, the first online casino to offer players the chance to bet real money.

After the first online casinos launched, people began to realize their potential. Many companies were inspired by the success of Microgaming and CryptoLogic’s InterCasino and followed their steps; since then, many online casinos have been launched, and the field has become very competitive. As a result, many providers have developed promotional features to set themselves apart from the crowd.

As the industry developed technology, graphics, visuals, and the entire player experience improved. There was also the innovation of live dealer games, which poker players even prefer.