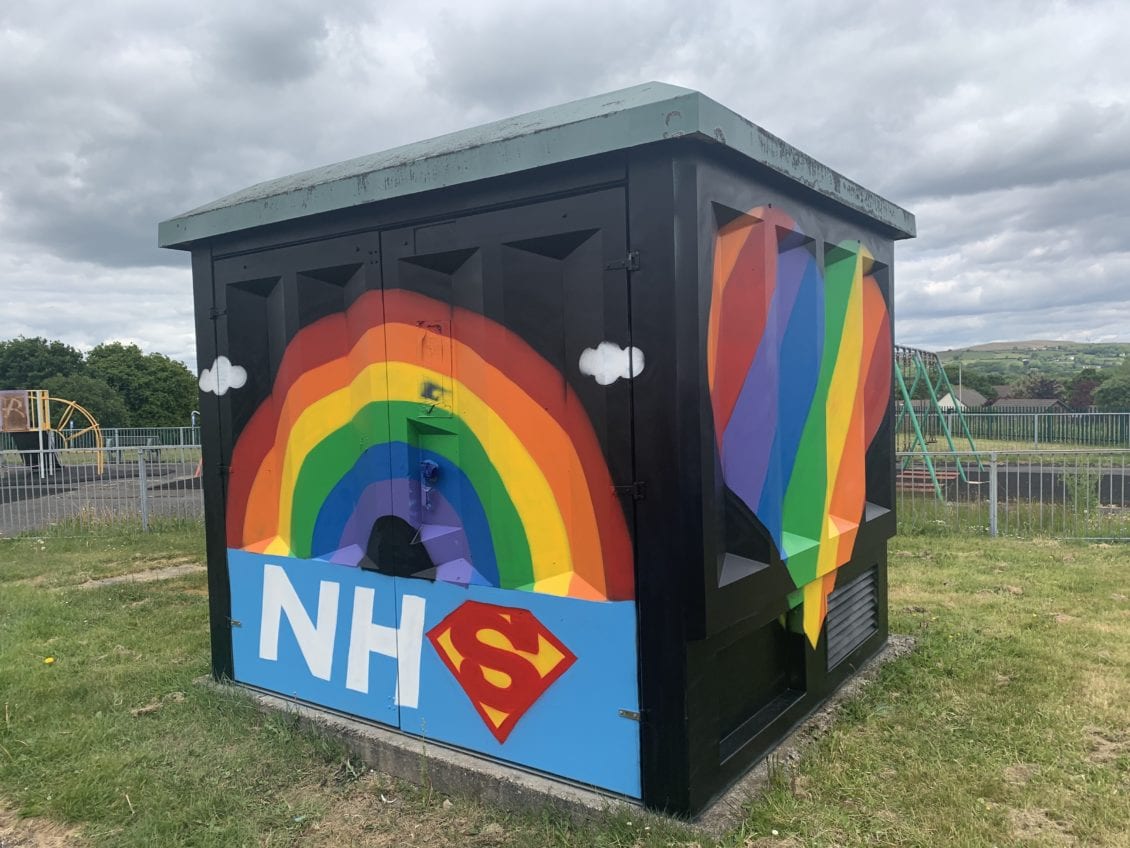 Today for the first time, National Museum Wales, Tŷ Pawb in Wrexham, and the Ruthin Craft Centre in North Wales will join five other iconic galleries and the BFI (the UK’s lead organisation for film, television and the moving image), to present a unique photography exhibition where the subjects aren’t celebrities or historical figures, but instead the unheralded everyday champions of the arts sector.

Ruthin fashion creator Patrick Joseph and Welsh National Opera producer Jennifer Hill areamong the remarkable people throughout the UK who are being honoured by the National Lottery for keeping the arts in their local area alive and accessible for all or supporting some of the most vulnerable people in our communities through the arts.

The exhibition – titled, The National Lottery’s 2020 Portraits of the People – honours 13 of these artistic champions for making a significant difference to lifting people’s spirits this year, using some of the £30m raised by National Lottery players every week for good causes. The digital exhibition can be visited on the websites and social media of: Tŷ Pawb in Wrexham, National Museum Wales, Ruthin Craft Centre in Ruthin, Wales, The National Portrait Gallery, London, The MAC in Belfast, IKON Gallery in Birmingham, Summerhall in Edinburgh, The Photographers’ Gallery in London and BFI (The British Film Institute). The portraits will also be on display at the BFI Southbank in London.

Photographer Chris Floyd, who has spent his 25-year career photographing household names such as Sir Paul McCartney, Victoria Beckham and Sir Mo Farah, has been commissioned by The National Lottery to capture the portraits. The works aim to create a ‘moment in history’, preserving the work of these unheralded champions for posterity and encapsulating the varied and innovative ways art can be expressed.

When lockdown started, Ruthin based Patrick Joseph, like so many others, saw his business of bespoke clothing coming to an abrupt halt; but he was quick to adapt, as face masks became the unforeseen clothing choice of 2020. After seeing multiple news reports on mask shortages and defects, Patrick began engineering one of his own in his Ruthin Craft Centre studio, before getting it swiftly medically approved by The Clatterbridge Cancer Centre in The Wirral.

Aside from the protection the masks offer, nurses, doctors and patients have benefited from the cheerful designs, colourful fabric choices and uplifting hidden messages written inside that are visible only to the mask wearer.

The 55-year-old artisan tailor who has worked with the likes of Cheryl Cole, Kylie Minogue and Robbie Williams declared: “As an artist, to be able to swing quickly to something that has a need was excellent. Putting messages or some sort of narrative onto garments has always been an interest of mine.”

The organisation is just one of many causes who benefit from the £30 million raised by National Lottery players each week and Patrick admits he doesn’t know where he’d be without the support: “The National Lottery has been the banker of the arts in Wales. None of this would have happened if it was just me, myself and I doing this in isolation.”

Producer Jennifer joined Welsh National Opera many years ago where she works in the Programmes and Engagement department and is responsible for Cradle – an intergenerational National Lottery funded creative arts project in Pembrokeshire. The project’s aim is to create greater awareness of what it means to live with dementia and how, with increased knowledge, individuals can create a more supportive society for those living with the disease.

She added: “My mum died of the disease in 2017 and I remember wishing that I’d had a sort of dress rehearsal because there were so many things I didn’t know about it. Had I had that knowledge; I would have understood more and supported her better.”

When the pandemic struck, it looked as though the Cradle project would be forced to close due to the problematic nature of community singing. However, Jennifer was determined to keep the sessions going during a time of potentially extreme loneliness and uncertainty.

Despite the tricky challenge of moving the choir online – the majority of participants are 50 or older, and a lot of them didn’t even have a computer at home – Cradle evolved, culminating in Jennifer organising a virtual event where members shared songs, alongside contributions from the creative team and short films created with school pupils.

“The hope is that at some point we’ll be back in our Pembrokeshire home, the National Lottery funded Torch Theatre. The idea will then be that because we’ve got the technology, we could grow the programme with digital sessions so that more local care homes could link in. It’s all about the power of music to move, and if we can include more people, then all the better.”

The exhibition launches as The National Lottery releases insights1 showing that across Wales, the public turned to a wide range of artistic activities, with 18% seizing the chance to do more arts and crafts, half enjoying listening to more music (55%) and watching more films (54%), and 8% singing more.

With many traditional entertainment venues closed, taking on a creative task also became a comfort for many with 61% of Welsh adults who interacted with arts and crafts crediting it as a factor in improving their state of mind during the crisis. Two thirds (63%) of people who listened to music more during lockdown said that doing so had a positive impact on their wellbeing and a further 31% said taking part in arts and crafts helped them feel more relaxed and less anxious. Importantly, more than half (47%), also believed the mental wellbeing impacts would be long-lasting for them.

The exhibition is accessible free online across all the galleries’ websites throughout November. In addition to the portraits, award winning filmmaker Jayisha Patel, a beneficiary of the BFI NETWORK talent development programme which is made possible by National Lottery funding, has documented Chris Floyd’s shoots with a behind the scenes short film. The piece looks at some of these amazing people and the stories behind them, the film will be available across the BFI’s social media channels.

Chris Floyd added: “All of the people we are meeting in this exhibition have done something special to help keep the soul of their community alive in these difficult and dark times using funding raised by National Lottery players. Humans are pack animals and our desire, as well as need, to come together – whether physically or digitally – and make common cause is one of our dominant instincts. This group have all shown a ‘can do’ spirit, a refusal to lay down and give up, despite their own personal and national trials this year. They have created work and projects specifically designed to fulfil that need for communal strength using the power of the arts.  My aim was to document each of them in a way that showcases and honours that sense of integrity and fortitude, as well as their humour and joie de vivre.”

Jayisha Patel said: “The Covid pandemic has been a sobering time for the film industry as a whole, and we have all had to pivot to keep our passion alive. Capturing these incredibly devoted people for this film was a joyful thing to be part of – seeing how they, with the help of National Lottery funding, have fought to keep the fire burning for the arts in a myriad of ways. I hope this film goes to show the strength and support that can come from taking part in arts projects like these – and how, even through adversity, art and film can thrive in the smallest of ways, and be a benefit to so many, helped along by everyone who plays The National Lottery.”

Nick Capaldi, the CEO of the Arts Council of Wales, said:

“People in Wales have a great love of creativity, art and culture. We know these things can bring us together, enrich our lives, support our emotional wellbeing, and make us happier. Throughout lockdown we’ve seen that in villages, towns and cities, people have continued to participate and enjoy the arts whether that’s at home, digitally, or through socially distanced activities within their communities.

“Artists, arts and cultural organisations, and the individuals within them, have been the driving force behind this. Harnessing vital funding from The National Lottery, they’ve set up creative projects both locally and nationwide for people to enjoy. We want to thank them for making life that little bit better for many people, and we also want to thank the National Lottery players themselves for playing a critical role in supporting the arts during these challenging times. Every week National Lottery players raise an incredible £30 million for good causes, enriching public life in every corner of the UK.” 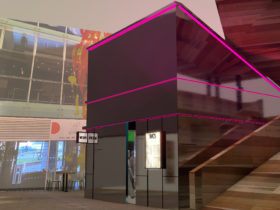