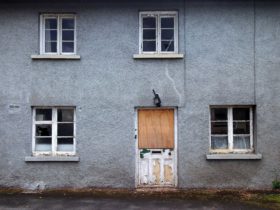 Council may use Compulsory Purchase powers on empty homes in Cardiff

The Volvo Ocean Race fleet departed Newport (Rhode Island, not Wales!) yesterday (Sunday May 20) on its 2,900 nautical mile sprint across the Atlantic to the port of Cardiff, Wales, where it will stopover for two weeks.

The Volvo Ocean Race is the world’s toughest and most prestigious sailing event, and following the official handover to the Cardiff, Wales delegation in Newport, is expected to arrive in Cardiff around Sunday May 27 on Bank Holiday weekend, enhancing Cardiff’s reputation as a maritime city across the world, as this is the first UK visit in 12 years for a race that started life in 1973. It will bring a significant financial boost to the Welsh economy in the Visit Wales designated ‘Year of the Sea’.

The Race Village will be open for two week from May 27, giving visitors from around the world the chance to get up close to the fleet, and to discover more about Cardiff.

The Volvo Ocean Race is the latest in a long line of major international sporting events to be hosted in Cardiff in recent years, including the recent World Heavyweight Title Boxing clash; the 2017 UEFA Champions League Final; key matches from the 2015 Rugby World Cup; and Olympic football in 2012. Cardiff sports fans are also buzzing with Cardiff City promoted to the Premiership, and Cardiff Blues winning the European Challenge Cup.

Cardiff Bay was the largest waterfront redevelopment project in Europe when it was developed at the end of the 20th century, turning what was once the world’s largest coal exporting port into a centre for sport and recreation, hosting the annual international Extreme Sailing Series, numerous Powerboat Grand Prix and international canoeing events.

The 45,000 nautical mile Volvo Ocean Race set out from Alicante last October, journeying across the great oceans with stopovers in some of the most famous maritime destinations such as Hong Kong, Cape Town and Auckland. When it leaves Cardiff on June 10, it moves on to Gothenburg and The Hague for its finale at the end of June.

One of the boats, Turn The Tide On Plastic, is helping to spread the message about the damage caused by plastic in the oceans, and is actually collecting data on microplastics as it voyages around the world. Amongst its crew is Welshman Bleddyn Môn, who’s looking forward to coming home. Bleddyn said: “The Volvo Ocean Race is a huge test of ability and resilience, and it’s been one of the most amazing experience of my life. As a Welshman, it’s terrific that Cardiff is the UK stopover, and I’m so looking forward to catching up with family and friends when we reach Cardiff Bay next weekend.”

There will be a two week long free festival in the Volvo Ocean Race Village located near Cardiff Bay Barrage, where visitors will be able to see the boats, and find a variety of Race-themed attractions and entertainment on the waterfront, including live music and performances of LEXICON, a contemporary take on circus heritage, created by Cardiff’s own NoFit State and Firenza Guidi.  The festival will have a Welsh flavour, with Welsh producers offering locally-sourced food and drink – from bars offering real ale to the most popular street food vendors.

“With just a week to go before the fleet arrives, we’re thrilled to be playing our part in this event – especially amongst celebrations of our spectacular shores during this Year of the Sea. The Cardiff stopover will be a great boost to the Welsh economy, and provides another opportunity to further enhance Wales’ positive international profile.I’d also like to wish Welsh international sailor Bleddyn Môn a safe journey home – a warm Welsh welcome will await him – and all the Volvo Ocean Race crews.”

“The race handover from Newport, Rhode Island marks the final countdown for us in Cardiff and excitement in the city is rising. As well as another opportunity to showcase our credentials as a major sporting event destination, Volvo Ocean Race will also cast light on the Welsh Capital as a waterfront destination. We can’t wait to welcome the crews, their families and visitors to the city for what promises to be a fortnight of first-class event activity.” 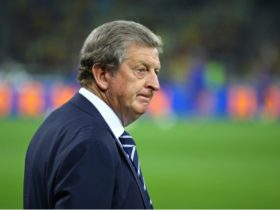