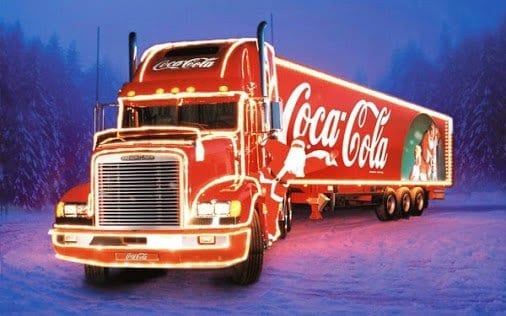 The Coca-Cola Christmas truck is coming to Cardiff this weekend

To mark the 25th Anniversary of the Welsh Livery Company launched their £100,000 Silver Jubilee Fundraising Appeal to increase the number of awards the Company can give to the young people of Wales.

The Appeal was launched at a lunchtime event at Atlantic College on Sunday (March 18) where the Master of the Company, Professor Gillian Davies DL, invited Founder Master Captain Sir Norman Lloyd–Edwards to describe the history of the work of the Company, the building up of the Charitable Trust and the Company’s work to date.

During the event, Professor Gillian Davies DL also presented two £400 awards to Atlantic College Students, Joshua McCarthey and Eve Sharples to help support the community projects they are undertaking as part of their International Baccalaureate Course.

Joshua McCarthy, 17, from Bargoed won his award for an initiative to create a garden to support the children with autism at St. Illtyd’s Primary School in Llantwit Major. Joshua said: “We have cleared an area to create a ‘safe & calm’ space and are awaiting equipment to finish off the project.”

Eve Sharples, 17, from Wrexham is using her award to part fund a week working with the Bardsey Bird Observatory in July; Eve hopes to work on the bird census and other environmental tasks.  Eve has plans to study Zoology after graduating from the college.

Speaking about the Silver Jubilee Fundraising Appeal, The Master of the Company, Professor Gillian Davies DL, said: “We are delighted to be able to mark a significant anniversary with the Silver Jubilee Appeal. One of our primary aims is to promote education in the arts, science and technology.  Our aim is to assist in the development of skills and associated professional activities of our young people in Wales, so I am very pleased to launch the appeal and give back to the community.”

In addition to the launch of the Appeal and the awards presentation, Mr Hugh Thomas CBE GCStJ DL explained his plans for raising new funds from Liverymen, companies, trusts and Institutions in Wales to enable the Livery Company to expand the number of scholarships they are able to give annually.

The Worshipful Livery Company of Wales gives out circa £40,000 a year in awards to Welsh apprentices, undergraduates and graduates in the form of travel scholarships & prizes to help them develop their education and to support them in personal projects.