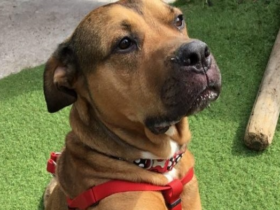 The 13th list of The World’s 50 Best Bars, sponsored by Perrier, was announced at a live awards ceremony on Tuesday 7th December 2021 in London, UK. After extensive consultation with industry figures, its Academy Chairs, bartenders, bar owners and its partners, the 50 Best organisation received overwhelming feedback that the awards should go ahead and be celebrated in person this year following a virtual announcement in 2020 due to the pandemic.

For the very first time, Wales has also been included in the awards, with Cardiff’s Lab 22 winning the Siete Misterios Best Cocktail Menu award. The special award is open to any bar in the world, not just those in the 1-50 list.

The awards recognise the hard work from the entire bar sector over the past year and aim to inspire and encourage hospitality venues in the next crucial stage of recovery.

The 2021 edition of the annual ranking features bars from 17 countries and sees London’s Connaught Bar take the No.1 spot, picking up The World’s Best Bar and The Best Bar in Europe titles.

Under the masterful leadership of Agostino Perrone, the venue’s Director of Mixology, Connaught Bar stays true to its principles of presenting artful, modern drinks with graceful service in an elegant setting. Designed by the late David Collins, the Cubist-inspired bar is known for its unique Martini trolley, where bartenders give a personalised drinks experience to guests. Perrone has developed a strong and dedicated leadership team including Head Mixologist Giorgio Bargiani and Bar Manager Maura Milia, who embody hospitality and drinks craft, as well as providing inspiration to a talented ensemble of junior bartenders who aspire to follow in their footsteps.

Mark Sansom, Content Editor for The World’s 50 Best Bars, says: “Connaught Bar, we salute you – to be named The World’s Best Bar for two consecutive years is a feat that previously only two bars have achieved in the awards’ 13-year history. It’s a testament to Ago Perrone and his team’s continued pursuit of excellence, which is encapsulated in the way they have developed and modernised the Martini cocktail. We also want to send all the venues on the 2021 list of The World’s 50 Best Bars huge congratulations. It’s been another incredibly tough year for hospitality and the industry’s resilience and togetherness through these challenges is humbling. We hope that the positive stories around the bars’ success in the awards will help to drive vital business in the weeks and months to come.”

Elisa Gregori, Perrier International Business Unit Director, says: “On behalf of Perrier – and as the leading partner of The World’s 50 Best Bars since 2014 – we feel proud of the strong collaboration and solidarity we share with the international bar community. Similar to last year, we are particularly proud to show our appreciation to all the bars that have made the list during these ongoing hard and uncertain times. Even though the pandemic continues to impact the hospitality industry, in the past months the industry has shown incredible resilience and has learned to adapt to local constraints. We look forward to overcoming these turbulent times and we will always remain with you to ensure the international bar community will become stronger than ever.”