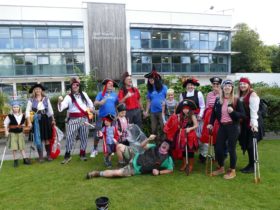 Thousands of fans have already signed up for an exclusive presale window which opens in the next 24 hours by signing up as a member of PRO14 Xtra – visit xtra.pro14rugby.org.

General sale tickets will be available on Thursday, August 29 via www.pro14rugby.org/final and prices start at just £13 for concessions and £26 for adults (subject to booking fees).

Family ticket (2 adults / 2 children) prices begin at £64 and fans are encouraged to buy early to get the best value tickets.

After setting four attendance records in a row across the UK and Ireland the Guinness PRO14 is aiming to be a sell-out event on June 20, 2020 in the Welsh capital. With a stadium capacity of 33,280, rugby fans are urged to book their tickets early.

[/aoa]The best tickets at the best prices are available now via presale and in the early period of general sale, but availability will be limited so buy early to get the seats you want.