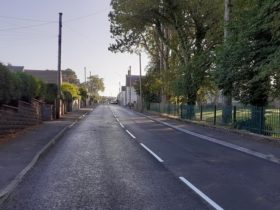 Thousands of people have been supported by Swansea’s foodbanks in recent weeks.

More than 4,200 families and individuals have received emergency food parcels from the food bank and services network which has stepped up its work during the pandemic.

Additionally, more than 9,000 hot meals have been supplied by the Swansea Together initiative, the Swansea Muslim Community Service and the Sameera Foundation.

The data has been gathered by Swansea Council community, partnership and destination staff who run four food distribution centres in community centres across the city. These support foodbanks with supplies to ensure they are able to cope with the increased demand.

The statistics relate to activity since the food distribution centres opened on March 23.

Sue Reed, whose role during the pandemic is to co-ordinate the centres, said: “The wide variety of donations we receive allows us to distribute much-needed supplies amongst foodbanks, hostels and charities that have been working tirelessly throughout the past three months.

“My team has been there in support, using the council’s ability to source and buy stock on a large scale and to top it up with the additional donated goods.”

A network of community foodbanks across Swansea is helping to support families in crisis.

The primary role of staff there is to support the foodbank network by sourcing and supplying non-perishable goods as needed and ensuring that the foodbanks continue to be resilient and sustainable. Staff also help with referrals for emergency food parcels for those most vulnerable in our communities.

They co-ordinate donations from local and national companies. To date more than 60 companies have donated a wide variety of items such as tinned food, art supplies, clothing, baby bottles, duvets, dried goods and pet foods.

Alan Cram, of Clydach Foodbank, said: “With the coronavirus outbreak we’re seeing an increase in the number of people asking for food. Some have lost their jobs, of course, and the idea of a foodbank is to get people through an emergency or crisis.”

Wayne Erasmus, of the Waunarlwydd Foodbank committee, said: “Since the crisis began our work has increased big time.”

Ann Griffiths, of the House of Prayer (HOP) Foodbank based in Sketty Park, said:  “In the past four months we’ve seen a marked increase in referrals. The pandemic has been a major factor.”

Alyson Pugh, Swansea Council cabinet member for better communities, said: “Swansea’s foodbanks are busier than ever and are working hard for the people of our local communities.

“I thank all those involved including the organisers, volunteers, donors and supporters. Like thousands of council staff, they’re all here for Swansea.”