A Torfaen woman has been sentenced to 16 weeks in prison, suspended for 12 months, for causing unnecessary suffering to her dog Bobbie who was found in an emaciated condition.

The court heard how RSPCA inspector Simon Evans had met Bobbie on 21 April last year and saw that – although bright, active and alert – the dog had a very thin body condition. The inspector could see her spinal ridge, ribs and hip bones – even through her coat – with her hip bones in particular being very prominent.

Inspector Evans said: “The owner told me that Bobbie had lost weight after bingeing on Easter eggs she had found and had become sick. She had spoken to an out of hours vet who advised them to feed her a bland diet in order to build her back up.

“She confirmed that Bobbie had not been seen by a vet and allowed me to take her for a check up.”

At the vets, it was confirmed that Bobbie was suffering and weighed just 9.8kg (21.6lb) instead of around the recommended 16kgs (35.2lb). She was formerly taken into possession under police powers and was taken to a boarding kennels.

“Bobbie was placed on a veterinary diet plan and given an operation for a suspected blockage in the duodenum – and slowly but surely she began to put weight on,” said Inspector Evans.

“Once she came out of the kennels and lived with a fosterer was when she really began to pick up and thankfully we turned the corner. Bobbie is now a very healthy dog with no weight concerns.”

Webb, who signed Bobbie over into the care of the RSPCA before she was sentenced, was also banned from keeping dogs for three years and ordered to pay £1,000 costs and a £128 victim surcharge.

The animal welfare charity will now look to find Bobbie a new home. 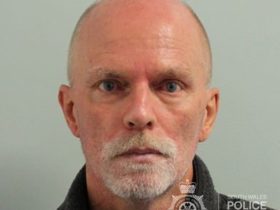