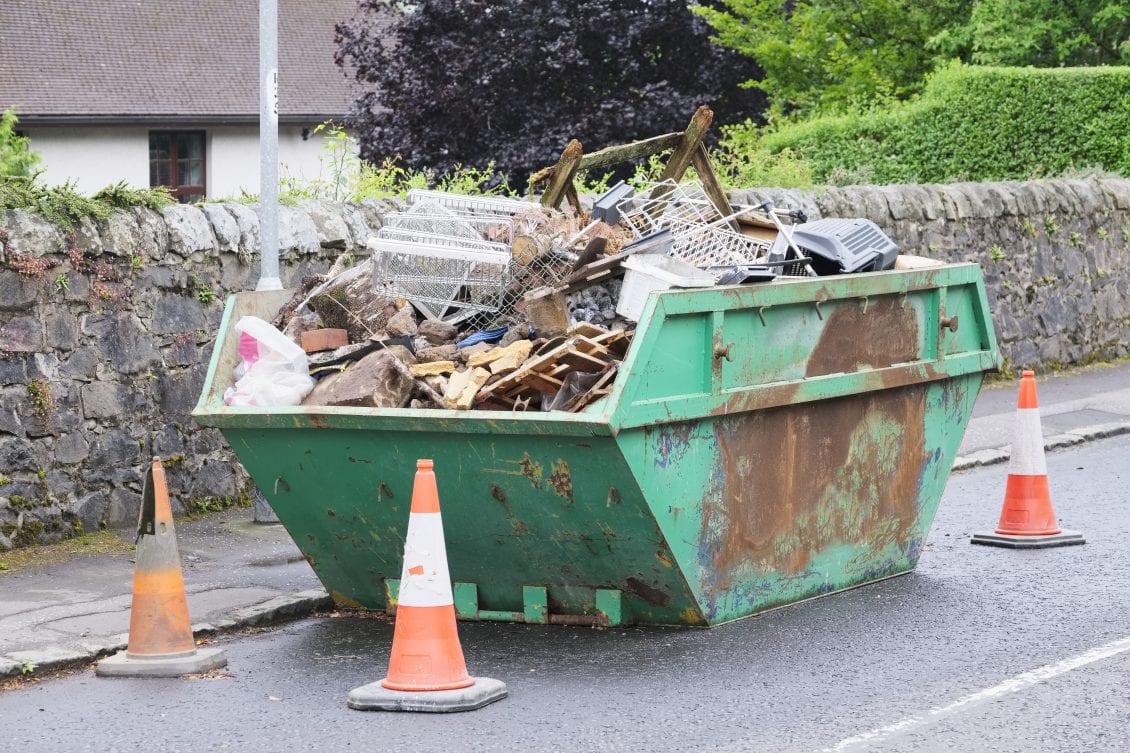 Storm Dennis: What to do if your business has flooded

RCT Council’s £38m Llys Cadwyn development in Pontypridd is now officially complete with the final building handed over to the Council today – and the keys given to Transport for Wales for its staff to move in next month.

A small handover event took place at 3 Llys Cadwyn on Monday, October 19, to markcontractor Willmott Dixon’s completion of the construction phase. The event, which was fully-compliant with social distancing guidance, saw the Council’s Director of Corporate Estates accept the handover of 3 Llys Cadwyn from Willmot Dixon’s Director Richard Jones – and pass the keys for the building to Transport for Wales Chief Executive James Price.

Transport for Wales, the South Wales Metro operator, signed the terms of the lease to move into 3 Llys Cadwyn in December 2019, having committed to the Pontypridd development since 2017. Staff members will move into the building during November 2020, providing a huge boost to the town centre.

With construction of Llys Cadwyn now officially complete, the Council has delivered upon its commitment to revitalise the strategic site – creating a new flagship development for Pontypridd where the Taff Vale Shopping Centre once stood. In 2015, the Council became outright owner of the site, which had lay derelict for many years after several failed projects from the private sector.

The Council demolished the remaining shopping centre building in 2017, and welcomed a significant £10m investment from the European Regional Development Fund, through Welsh Government’s £110m Building for the Future programme, to help deliver the project. Work started on site in 2018.

The project was officially named Llys Cadwyn, or Chain Court, in an event attended by the First Minister of Wales Mark Drakeford AM in March 2019. The name was chosen to reflect the strong and proud industrial heritage of Rhondda Cynon Taf, and the world famous Brown Lenox chain works which were situated in the centre of Pontypridd during Wales’ industrial heyday.

All three Llys Cadwyn buildings have been handed over to the Council by Willmott Dixon throughout 2020. Number 1 Llys Cadwyn (nearest Bridge Street) incorporates a 21st Century Library, Council customer contact point and a state-of-the-art leisure/fitness centre. Number 2 Llys Cadwyn (centre building) includes Grade A office floorspace and a food/drink unit. The areas in and around the buildings have also been completed and are accessible to the public, including the new Taff Vale walkway running adjacent to the river.

In August 2020, the Council completed a separate project to build a new bridge between Llys Cadwyn and Ynysangharad War Memorial Park, creating an important new link for pedestrians. The bridge was delivered by contractor Knights Brown, and has benefitted from £800,000 funding through Welsh Government’s £110m Targeted Regeneration Investment Programme.

Councillor Robert Bevan, Rhondda Cynon Taf Council’s Cabinet Member for Enterprise, Development and Housing, said: “I’m delighted at today’s announcement that Llys Cadwyn has officially been delivered, with all construction works now complete and the third and final building handed over to the Council by contractor Willmott Dixon. The keys to 3 Llys Cadwyn have now been given to Transport for Wales, with the South Wales Metro operator establishing its new home in Pontypridd Town Centre from next month.

“Llys Cadwyn is at the heart of Pontypridd’s regeneration – bringing hundreds of jobs to the town, increasing footfall for existing businesses and breathing new life into a large strategic site that lay derelict for so long. It will be followed by the ongoing multi-million pound projects to revitalise the Pontypridd YMCA, the Muni Arts Centre and the former Bingo Hall, while nearby Ynysangharad War Memorial Park is already home to the National Lido of Wales, Lido Ponty.

“It has been an incredibly-difficult year for Pontypridd, with the terrible flooding from Storm Dennis followed by the Coronavirus emergency. But the delivery of Llys Cadwyn represents the start of a bright future for the town, bringing increased footfall and a boost to existing businesses and our Shop Local philosophy – particularly when the circumstances relating to COVID-19 allow.

“I would like to thank the Willmott Dixon for its partnership in delivering Llys Cadwyn for Pontypridd. Its contribution to the town goes far further than just the three buildings – including invaluable work with local groups and schools, and the numerous job and training opportunities it has offered the community. The company is also donating staff time and resources to renovate the bowls pavilion at Ynysangharad Park, which was damaged by flooding in February.”

Deputy Minister for Housing and Local Government, Hannah Blythyn, added: “It is great to see how our Transforming Towns funding has breathed new life into a once derelict building, creating a new flagship development which will provide a huge economic boost for the town and surrounding local businesses.

“Supporting towns across Wales continues to be at the heart of our regeneration work and our commitment to the future of our communities. We are committed to creating lasting economic change, enabling people to work closer to home, to improve livelihoods and lifestyles.”

Richard Jones, Willmott Dixon Director, said: “We are very pleased to hand over the final building at Llys Cadwyn today. It has been a pleasure working with Rhondda Cynon Taf Council to deliver the three landmark buildings in the centre of Pontypridd; it is clear that Llys Cadwyn will play an important role in Pontypridd’s future prosperity. Throughout the project, we made sure that our activity had the greatest impact on the local economy. As a direct result of the project, over 240 local people have been supported through employment and training opportunities and we ensured that our procurement targeted local small and medium enterprises.

“I would like to thank everyone involved in the project, for their hard work and commitment, in particular our committed and dedicated supply chain partners. It has been a partnership with the Council and people of Pontypridd to deliver Llys Cadwyn and we hope that the local community and Transport for Wales enjoy their new facilities.”

James Price, Transport for Wales CEO, added: “I’m very excited that we now officially have the keys to our new headquarters at Llys Cadwyn after three years of hard work.

“I’m confident that this will be a huge economic boost and bring hundreds of jobs into Pontypridd, as well as providing a state-of-the-art, environmentally-friendly working environment for all TfW colleagues in the heart of the South Wales valleys. However, it’s important that we recognise the challenge of Covid-19 and we’re still following all advice from Welsh Government regarding working arrangements and therefore we won’t be moving large numbers of staff into the new building immediately. We’ll continue with our flexible working approach and monitor the situation over the coming months.

“I’d like to thank all our partners, particularly our colleagues in Rhondda Cynon Taf Council and Willmott Dixon, who have played an important role in helping us turn our aspirations of creating a headquarters of the future into a reality.”