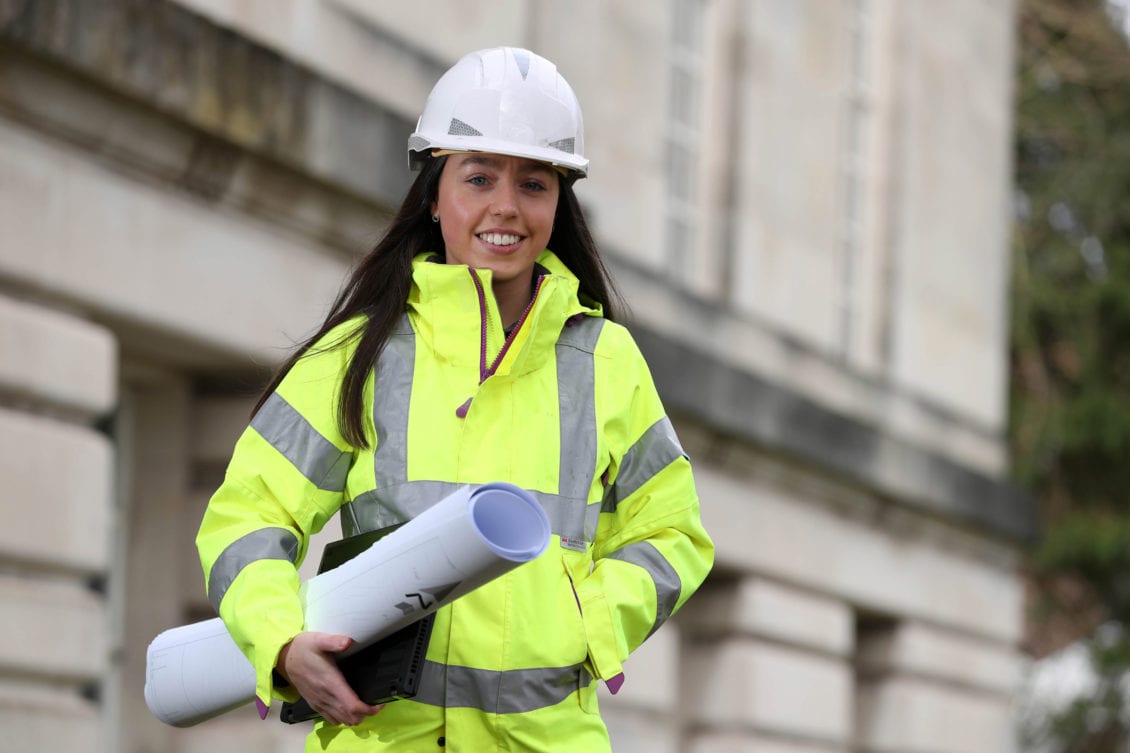 A Rhondda civil servant doorstepped by a top tenor to sing on a popular TV show is urging budding singers from across South Wales to apply to duet with their musical idols.

Rachel Stephens, from Treherbert in the Rhondda, took part in the second series when she sang the classical song, O Gymru, with tenor Trystan Llŷr Griffiths before a large audience at the prestigious Summer Proms in the grounds of Cardiff Castle.

The 28-year-old said she had not applied to take part in the series herself but had been put forward by her friend, the Tik Tok drag star Ellis Lloyd Jones.

He had spoken with Rachel about taking part in the series but she didn’t know he had actually sent in the application on her behalf.

Rachel said: “I had dropped Ellis a really massive hint about taking part in the show after he did it during the first series singing with Elin Fflur but the closing date for applications had passed.

“I was at home, waiting for a friend to go swimming and she was late and she’s always late so when Rhys Meirion turned up on my doorstep it was a shock, I thought Oh My Gosh. It was a nice shock really but still a shock,” she said.

Rhys Meirion said: “This is television at its best. Professional singers do not normally invite audience members onto stage to sing with them.

“Everyone dreams about it and many sing in the bath or shower as if they’re duetting with their idols but they know it’s never going to happen. But in Canu Gyda Fy Arwr we give them that golden opportunity.”

He added those chosen to take part in the show get to meet their idol and chat before rehearsing a song and then performing on a stage in front of an audience of friends, family or complete strangers.

Rachel is very active in her valley community and was the conductor of the Aelwyd choir and this despite suffering from the neurological condition, multiple sclerosis.

She said this was diagnosed a couple of years ago and, while there is no known cure, she is now receiving treatment and has not suffered any relapses from it recently.

“I was on stage conducting the choir and I found I couldn’t turn the page of the copy. I was losing my balance as well and my sister, who was in the choir, became very concerned.

“MS can affect speech as well but so far my singing has not been affected, said Rachel.

Singing with Trystan also gave Rachel the opportunity to sing a classical song.

“I studied performing arts at the University of Wales Trinity Saint David in Carmarthen and the shows she has helped put on and the performances she has given since had focused mainly on musical theatre.

“There’s nothing better than belting out a good song from a musical,” she said, “but singing with Trystan gave me the opportunity to sing a real classic in a classic setting and it was a wonderful change.”

Rachel is often asked to sing songs such as Ave Maria and Pie Jesu at weddings and other ceremonies and is hoping to be able to sing in more classical settings in the future.

“I wouldn’t want to make a career of it but it would be nice to do it once or twice a year,” she added.

Also urging would-be crooners to have a go is Welsh-speaking German Hendrik Robisch, 50, from Essen, who learned Welsh before a holiday visit to Wales five years ago.

The local government officer, who relaxes from his job handling calls from worried farmers about wolves killing their sheep, by singing folk songs, actually took part in the last series of the hit show when he sang a duet with one of his favourite Welsh musicians, Gwilym Rhys Bowen.

Hendrik said it was such a wonderful experience that he wants to encourage others to follow in his footsteps and sign up for the third series that will be broadcast later this year.

Hendrik said wolves were re-introduced into Germany at the start of the century and taking calls about them from worried residents is just one of his tasks at work.

His interest in learning Welsh began when he and his wife planned a holiday in Wales and he was given an online language course to help learn Welsh ahead of the visit as a Christmas present.

He said: “It was a great experience to sing with Gwilym. We met in Cardiff and Gwilym had already undertaken a project with children with varying backgrounds and languages and they joined us in the duet. It was very uplifting.

“My friends don’t understand why I have learned Welsh but I think they admire me for it. They think it’s cool.”

Cwmni Da producer Siwan Haf said: “Canu Gyda Fy Arwr is about celebrating the joy and emotion that comes from singing, so we encourage anyone who wants an unforgettable experience to apply.

“The first two series remained broadly the same but there will be some exciting changes in the next series.”

She added a large number of people have already expressed their interest in taking part in the third series.

“But we would still welcome more applications. Anyone who would like to sing with their favourite singer or band live on a stage in front of an audience should get in touch with us. We’d love to make it happen for them,” said Siwan.

To take part or to nominate somebody contact Caernarfon-based Cwmni Da by June 30 online at www.cwmnida.cymru/canu.