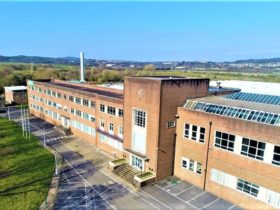 The family of a cyclist who died in a collision in Port Talbot on Wednesday have paid tribute to him.

Retired British/Tata Steel worker Philip Bamsey, aged 67, who was known to all as ‘Phil,’ died on April 15 when his bicycle was involved in a collision with a Silver Ford Fiesta on Afan Way, at around 2pm.

Phil is survived by his loving wife Jan and his son Chris. He is also survived by his siblings Diane, Ken, Dennis, Robert and Malcom, sadly his younger sister Elaine having passed away some 2 years previous.

He worked at British/Tata steel Port Talbot all his working life, from aged 17 to 60 as a Metallurgist.

“Phil had a love for all sports and in particular running, having been a member of the Neath Harriers club for many years. He also had a love of swimming, cycling and the Aberavon Rugby Quiz team in which he took part every Thursday evening.

“He was a well-known character as he would take the time to speak with anyone.

“His family and friends, are all devastated by this tragic incident, he will be sorely missed as he lived life to the full. We wish to thank witnesses who assisted the emergency services in trying to save his life.”

South Wales Police would like to speak with any witnesses to the collision, any person who may have dash cam footage of the incident or anyone who witnessed the manner of driving of the Ford Fiesta or blue pedal cycle prior to the collision.

Witnesses are urged to contact the Roads Policing unit on 101 quoting occurrence 2000128017 with any information.