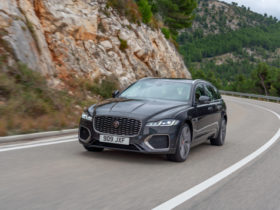 The current chairman of the Welsh Automotive Forum was born in 1951 in Bangor and rose to become Group Vice-President-Global Product Development, Chief Technical Officer and Head of Global R&D Operations at Ford Motor Company with 30,000 engineers and technical staff working to his directions.

During his career over 30 years with Ford, Parry-Jones influenced the Escort, Sierra, Ka, Fiesta, Puma, Cougar and Galaxy and particularly the Mondeo and Focus as well as several American models for Lincoln.

As Ford acquired Jaguar and Land Rover along with Aston Martin Lagonda, he also played a major role in their models’ performance, ride and handling for decades and his influences remain in some of those cars to the present day.

As Ford’s lead engineer he also had to resolve safety issues which came with the use of Firestone Tyres on Ford Explorer models in the USA and he described that as his most difficult time as an engineer.

He retired from Ford Motor Company aged 56 in 2007 and then persued an independent career as a consultant and advisor to motor manufacturers and major dealer groups listed on the London Stock Exchange and around the world.

Also closer to home he worked with Welsh Government and the Welsh Automotive Forum to encourage automotive investment, particularly after the economic collapse in 2008. He was appointed chairman of WAF in May 2018 following the death of the previous chairman and friend Prof Garel Rhys CBE and in June 2019 was asked by Welsh Government to head up the task force which was established to deal with the closure of the Ford Bridgend Engine Plant and future uses for the massive complex adjacent to the WAF offices at Waterton.

Recently, he joined the board of Aston Martin Lagonda, which opened an assembly plant at St Athan to make its DBX. the first SUV from the company, and which is destined to become the luxury brand’s centre of electric vehicle production.

In his personal life he was an avid rally fan, competiting and later supporting rising Welsh drivers including Elfyn Evans.

Prof Richard Parry-Jones CBE is survived by his wife, Sara, and three children.

In the first of many tributes expected to Prof Parry-Jones, First Minister Mark Drakeford MS said, “It was with great regret that I learned of the death of Richard Parry Jones.

“Throughout his long and illustrious career, in which he rose to global significance within the automotive engineering industry, Richard was always a champion of the Welsh economy. Most recently he chaired the Ford Bridgend Taskforce and was a much-respected Chair of the Welsh Automotive Forum. He was deeply respected by everyone who had the privilege of working alongside him and he will be deeply missed.”

Tim Williams, former CEO of WAF who worked with Richard Parry-Jones said the members, Board and staff of the cluster were mourning the loss of a great man adding, “He was a leader whose skill and diplomacy made him an internationally acknowledged automotive engineer. Our hearts go out to his family and friends.”

“As an engineer, he was a virtuoso with an uncanny feel for creating cars that were dynamic and incredibly fun to drive. I can tell you that going on a test drive with him was not for the faint of heart. His passion for great cars and love of motoring inspired legions of engineers and enthusiasts in Europe and around the world. Richard will be deeply missed, and our heart goes out to his family and loved ones.”

Dr. Graham Hoare, OBE, FREng, Chair, Ford Motor Company Limited added, that Richard inspired and was respected by an entire generation of automotive engineers in the UK for his passion and ability to create exceptional vehicles that excelled in delivering what ‘fun to drive’ is all about.

“He was an influential figure not just at Ford but also at Aston Martin Lagonda and Jaguar Land Rover during Ford’s period of ownership, and his commitment to the development of the British – and particularly the Welsh – auto industries continued after his retirement from Ford up to the present day.

“Richard had the great skill of making even the most complex engineering topic easy for the layman to understand. Proud of his Welsh heritage, Wales was always close to Richard’s heart. He will be greatly missed by his many friends across the UK auto industry which is lessened by his passing, and our thoughts are particularly with his family at this difficult time.” 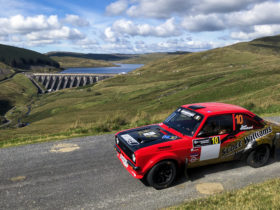 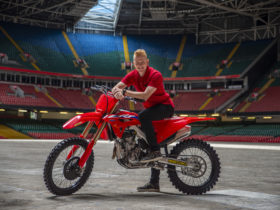